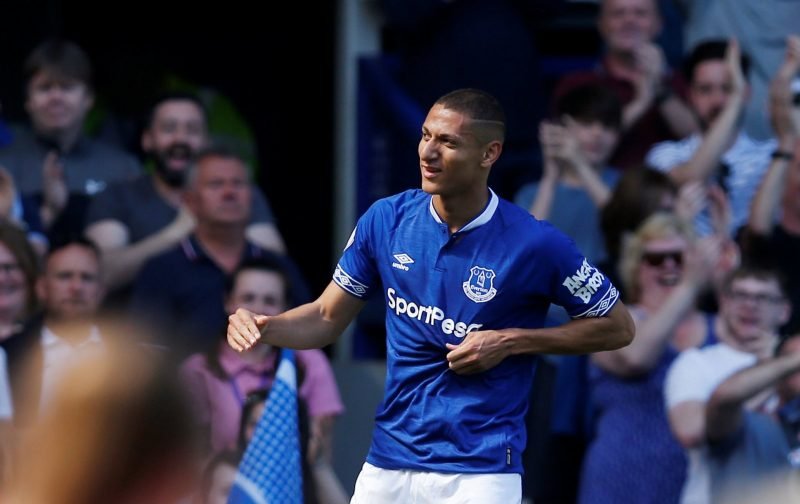 With Manchester United looking to invest heavily in the transfer market this summer, as Ole Gunnar Solksjaer seeks to drag the club back to the top-table of English football, speculation continues to name possible summer targets.

As you’d expect, some would be most welcome acquisitions whilst others not so.

Today though, lurking in the pages of the news vehicle, the Telegraph, is, what we believe, to be an interesting piece of transfer tittle-tattle.

Our referenced source is of the view that Manchester United are casting an eye over the Everton forward, Richarlison.

Richarlison, a Brazilian international, is just 21-years-of-age but has already been the subject of a big money move in English football when Everton, realising the huge potential he possessed, paid Watford £50 million for his services.

This season, Richarlison has netted on 14 occasions, not a bad return playing for an Everton side that has, apart from when they played us recently, underachieved this season.

But, if Manchester United’s interest is genuine, what sort of a fee would the club have to pay Everton for his services?

Naturally, the Goodison Park-based club would be looking for a decent profit on the player, which could push the price up to as much as £70 million which would then see us entering the territory where we’d question whether any proposed move was value for money.

With regards to this piece to speculation, perhaps we’ll just sit back and wait and see if it has legs or just fades away if it is the former it could continue to be an interesting story for us to follow.