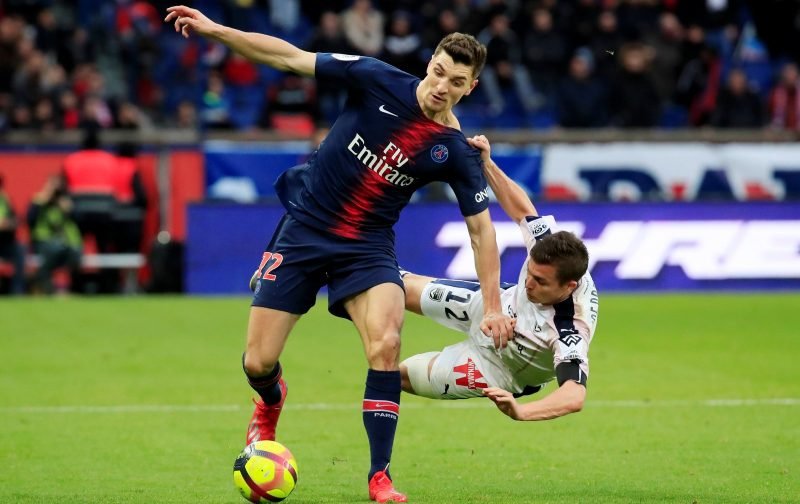 It’s a fact of life that Manchester United’s defence isn’t as good as it should be.

It’s a fact borne out by the fact that when it comes to the clubs that occupy the top-half of the Premier League table, only Watford have conceded more goals.

Now, regular visitors to Vital Manchester United will be aware that we’ve reported, on numerous occasions, on how mainstream media speculation has continually linked the club with the acquisition of a centre-back, with names too numerous to mention having already been proposed.

However, one news source, the Sun, has come up with an interesting variation on the defensive theme.

Our quoted source is of the opinion that the club are looking to add a right-back to the squad and that the club has been watching the Paris Saint-Germain defender, Thomas Meunier.

Meunier, a Belgian international, appears to have jumped to the head of a queue which, according to our referenced source, includes Davide Calabria, Aaron Wan-Bissaka and Joshua Kimmich.

This season, Meunier has made 28 appearances for his club and has notched up an impressive 5 goals with a further 7 assists, quite a tally for a defender.

If the foundations our source has based its article on are good then Meunier could be an exciting addition to the Manchester United squad next season.

United Midfielder Wants How Much To Sign New Deal?