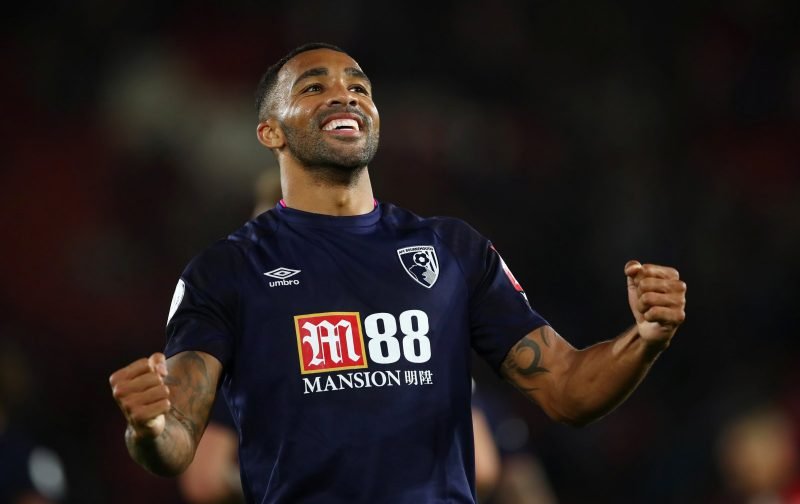 Our article, united-interest-in-croatian-striker-doesnt-strike-the-right-chords, covered the editorial view that the target, Mario Mandzukic, wasn’t the type of signing, at 33-years-of-age, that struck all the right chords.

Today, lurking in the pages of Sky Sports, is the insinuation that Mandzukic is still on Manchester United’s radar but has bee joined, as Ole Gunnar Solksjaer looks to sign a striker, by Callum Wilson.

Wilson, 27-years-of-age, is currently on the books of Bournemouth, a club who have made a far better start to the 2019 / 2020 season than Manchester United have.

Already this season, Wilson has scored 5 times in 7 Premier League games and although he has three years left on his current contract at the south coast club, if the fee is right then Bournemouth could be persuaded to sell.

As you’ve probably gathered, I’d much prefer to see Callum Wilson at Old Trafford than Mario Mandzukic but is it a view you concur with?

Please feel free to air your view in the comment facility beneath this article.