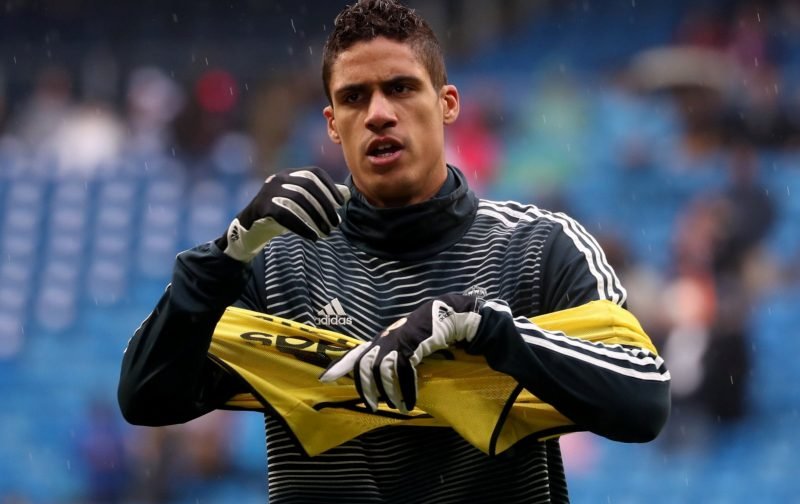 Recent speculation has seen Manchester United heavily linked with bringing in someone to bolster the heart of our defence.

Already this weekend we’ve run two articles Click Here and Click Here, covering the speculation in the media but also adding our views on those linked with a move to Old Trafford.

However, today, the answer to our prayers fills the pages of one red-top tabloid publication, the Mirror, which has picked up on something in the Spanish media.

It appears that somebody Manchester United tried to sign eight years ago is now ready to leave his current club and Old Trafford could be the very destination he wishes to come to.

The player in question is one of the best centre-backs in the world, the French international Raphael Varane.

Apparently, if our source has its fact correct, the 25-year-old has informed his team-mates of his desire to leave Real Madrid and make a fresh start.

However, whilst pressed on international duty, for France, Varane has remained tight-lipped as to his future desires and is quoted as having simply remarked:

“I do not want to talk about my future.

“I am not one to discuss my future publicly.”

Which, I suppose, is to be expected.

But if Manchester United are serious about closing the gap between us and the likes of Liverpool and Manchester City then players of the calibre of Raphael Varane are the kind of players we need.

Let’s keep those fingers crossed that there is some truth in this wonderful piece of speculation.