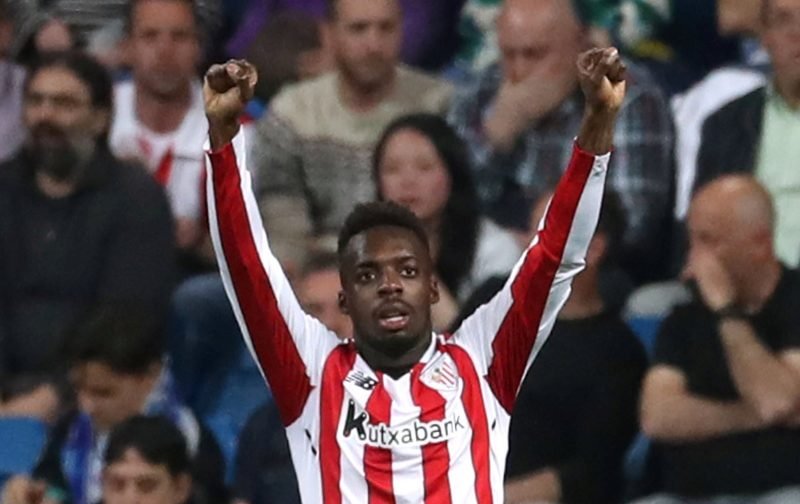 It’s transfer deadline day and here at Vital Manchester United, we’re hoping for a flurry of action as Ole Gunnar Solksjaer looks to add to his squad.

It’s fair to say that Manchester United haven’t been as active in the transfer market as we hoped they would be when it comes to bringing players in.

But could that all be about to change?

After agreeing on a deal to sell Romelu Lukaku to Inter Milan, united-striker-gets-the-move-he-craved-for-and-we-suggest-its-for-the-best, could Manchester United be set to bring in a striker to replace the Belgian international?

One source, The Daily Mail, implies that could very well be the case.

Our referenced source is inferring that Manchester United are set to spend all the cash they’ve received for Lukaku, plus a bit more, on the Athletic Bilbao striker Inaki Williams.

A fee of £81 million is the release clause in the 25-year-olds contract and our quoted source implies that Manchester United are set to activate that clause.

Now, here at Vital Manchester United, we readily admit that we know very little about this player but his Wiki, shows that he has enormous potential.

Is Inaki Williams the man for us?

I guess we’ll find out today!