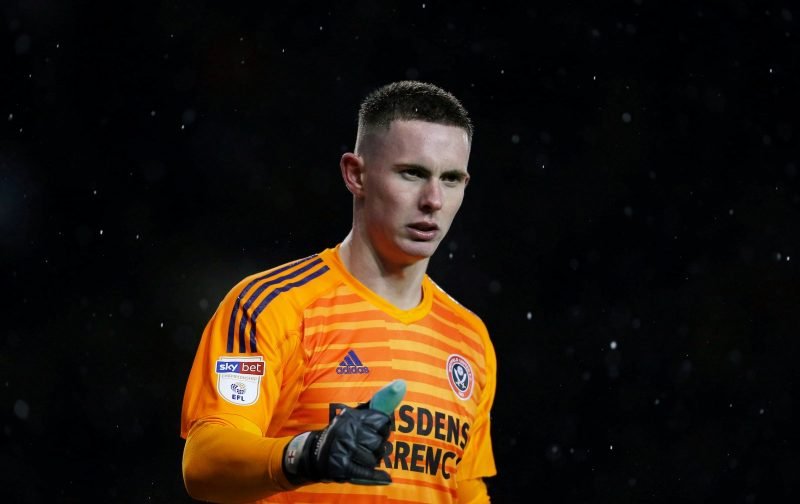 It’s been a good season for the Manchester United goalkeeper, Dean Henderson.

Unable to get into the first-team picture, at Old Trafford, courtesy of being behind David de Gea and Sergio Romero in the pecking order, Henderson was again set off on a season-long loan spell.

For Henderson this year, the destination was Sheffield United.

Stuck between the sticks for the Yorkshire club, Henderson has been part of the promotion drive that saw the Blades finish second in the Championship and claim a place in the Premier League.

As a result, it is being reported by the tabloid publication, the Sun, Henderson’s reward for his exploits could be a permanent move to Sheffield United with the club wishing to make his loan move a permanent one.

At 22-years-of-age, surely Henderson would jump at the chance of establishing himself as a Premier League goalkeeper and, from where I’m sitting, if a deal can be negotiated then we could be saying goodbye to an excellent keeper who, through no fault of his own, didn’t get the chance he deserved at Old Trafford.

Talk Of United’s Main Summer Transfer Target Was Just That, All Talk