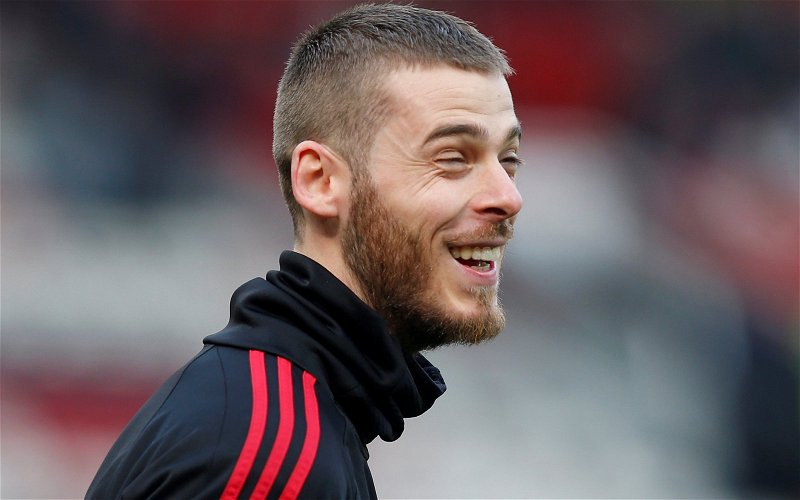 Yesterday, here at Vital Manchester United, we published an article relating to the goalkeeping situation at Old Trafford.

Our article – manchester-united-major-keeper-development – mischievously reported that Manchester United could be looking for a new keeper and could sell both David de Gea and Dean Henderson this summer.

Although such a suggestion may seem wide of the mark, this morning we have awoken to the inference that might not be so.

According to The Sun, Paris St-Germain are paying close attention to de Gea’s situation and are considering a move, this summer, for the 30-year-old Spanish international.

De Gea is currently on-leave from the Manchester United squad after his partner gave birth to their first child.

But would de Gea be prepared to leave Old Trafford for La Ligue?

Perhaps so, PSG are one of Europe’s top clubs and with the former Tottenham Hotspur manager, Mauricio Pochettio in charge, are tipped for big success.

This one could be a case of keeping a watchful eye out for any developments and reporting back as deemed necessary.