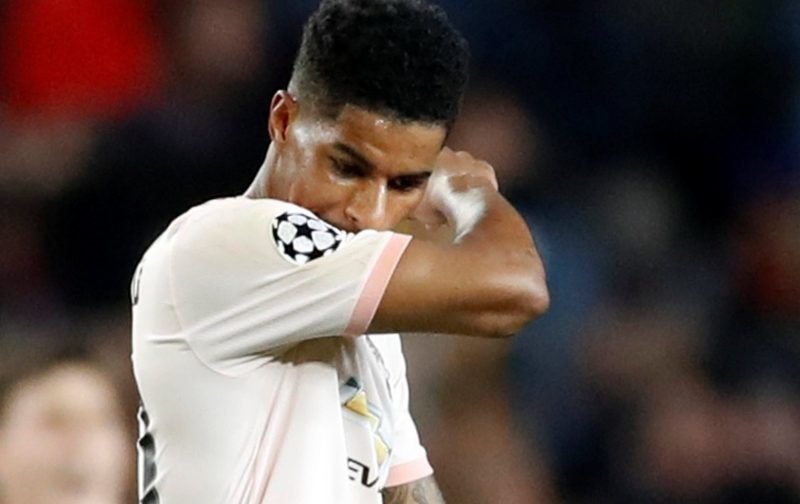 Although Manchester United slipped to defeat, at the Nou Camp, last night, thereby seeing there Champions League aspirations ended, one player reminded our hosts of just what a huge talent he is.

In the opening exchanges, Marcus Rashford crashed a shot against the bar, a couple of inches lower and the tie could have been level at 1-1, on aggregate, and it might have been a different story.

But could the 21-year-old England international striker be playing regularly, at the Nou Camp, next season?

According to the tabloid publication, the Mirror, that could be the case.

With Rashford’s current contract only having one-year remaining and with no signs of a new deal being agreed, our referenced source is inferring that Barcelona are set to make a £100 million swoop to sign the player.

Hopefully, the proposed deal is purely speculative because if we are to become one of the best sides in Europe again and close the gap that was so cruelly exposed against Barcelona, then we need to hang on to players of the calibre of Rashford.