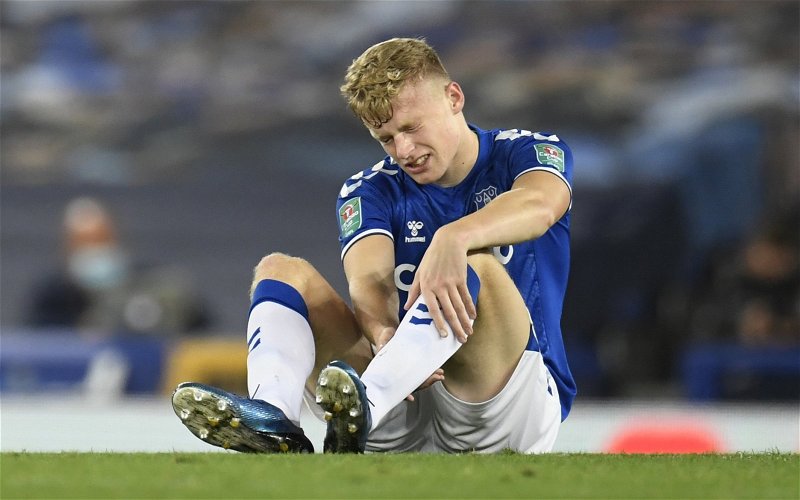 Last week, as appears to have been the norm for many a month, I posted an article relating to Manchester United finding a potential partner, at the heart of the defence, for Harry Maguire.

The article – united-find-perfect-partner-for-maguire – covered the speculation linking Manchester United with a move for the Sevilla centre-back, Jules Kounde.

Today, speculation has emerged in the media implying that the Old Trafford hierarchy could be focussing their attentions, when it comes to adding a defender to their squad.

According to The Sunday Mail, Manchester United are keeping close tabs on 18-year-old Jarrad Branthwaite.

Branthwaite is on the books of Everton but is currently on loan at the Championship side Blackburn Rovers.

His performances, for somebody so young, have caught the eye of the Manchester United scouting system and our source implies the club may try to strike a deal with Everton although I would imagine Carlo Ancelotti might take some persuading to let his starlet go.

However, it is certainly a piece of speculation we will keep an eye on and see if anything develops.