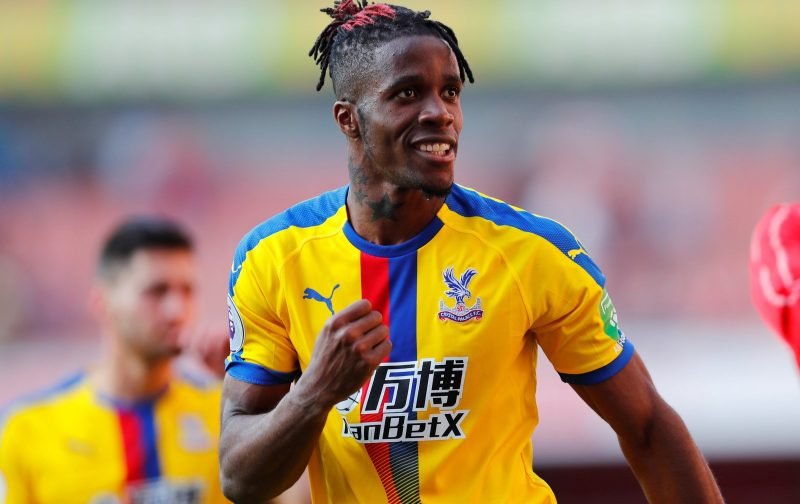 Back in the glorious days when Sir Alex Ferguson ruled the roost at Old Trafford, the gaffer didn’t make many mistakes when it came to transfers.

However, his last purchase, as our boss, didn’t quite live up to the expectation levels expected.

When Manchester United signed Wilfried Zaha the young winger was expected to go on and have a long and illustrious career at Old Trafford.

Sadly, for both parties, it didn’t quite work out that way and Zaha found himself back at Selhurst Park.

But, a couple of years on, Zaha has put that setback behind him and has matured into the kind of player that we all hoped he would.

On the back of that success, Zaha is now being linked with a return to United.

According to Sky Sports, despite his experiences first time around, Zaha would be interested in a return to Old Trafford.

If such a thing were to happen, United could get the player cheaper than any of their rivals in the race for the wingers’ signature with, according to the media source, the Daily Mail, claiming that when Zaha left Old Trafford the club inserted a lucrative sell-on clause said to be of the magnitude of £15 million, a nice piece of work.

My view is that Zaha would be welcome to make a return to the club, he’s older, wiser and he’s matured into a player that can turn a game on its head, go get him I’d say.