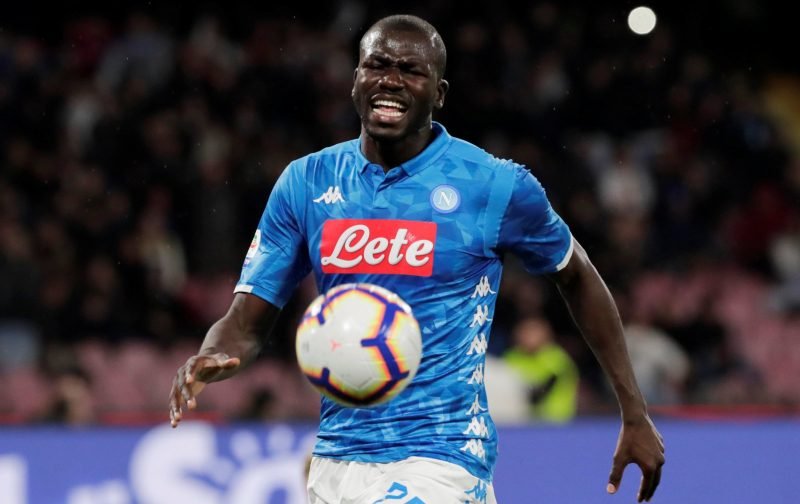 The quest to bring a world-class centre back to the club, to fill the much-reported defensive void, continues to generate numerous column inches.

Less than 48 hours ago, the media, courtesy of the red-top publication, the Mirror, it was being reported that when it came to the main transfer target, United had now turned their attention to the Napoli central defender, Kalidou Koulibaly.

The Senegalese international, 27-years-of-age, would undoubtedly be a superb acquisition.

However, a matter of hours later, the situation had, according to the new source, the Independent, had changed.

Seemingly, the £90 million price-tag Napoli have placed on Koulibaly, is a bit rich for United and the sights have now been lowered with two candidates we’ve reported on earlier, Harry Maguire (Leicester City) and Milan Skriniar (Inter Milan), once again topping the list.

Now any of the trio would be an improvement on the current situation but that lack of Champions League football, next season, could cost United dearly in the chase to fill that previously mentioned void.