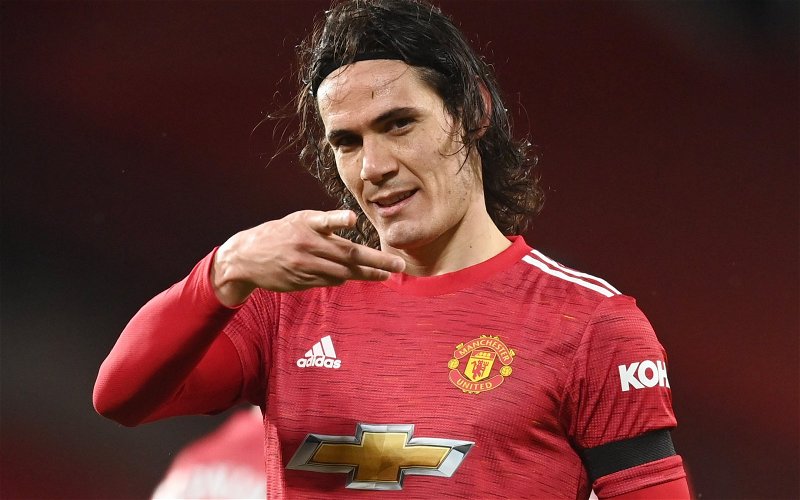 When Manchester United decided to bring the Uruguayan striker, Edinson Cavani, to Old Trafford, I probably was not alone in having my doubts about signing the 34-year-old.

I do not mind admitting that I thought Cavani was here for one last pay day and that his contributions would be minimal.

But how wrong was I?

Cavani has proven that, even at 34-years-of-age, he is a class act.

His movement, aided by those years of experience, has shown just what he brings to the side and it is fair to say he has been unlucky when it comes to the number of goals he has scored.

He my not start every fixture but his presence does give Ole Gunnar Solksjaer a different option if things are not going to plan.

But, getting to the crux of this article, an important decision has to be made.

Cavani was signed on a one-year deal with the option of a second year.

Do Manchester United exercise that option or do they let Cavani go and seek to bring in another striker?

Your thoughts on the subject matter would be most appreciated in the comment facility beneath this article.

Should Cavani Be Given Another Season?

United – The Answer To Closing The Gap