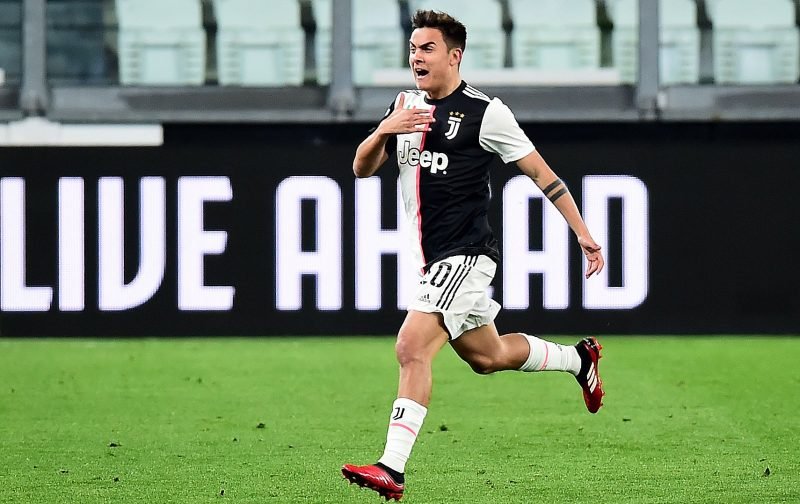 When it comes to summer signings, I’m probably not alone in hoping that Manchester United make waves by bringing in at least one player who’s very name would signal our intent to become Premier League title winners again.

Naturally, a club with our reputation is always going to be linked with a plethora of players.

Some we’d, no doubt, welcome to Old Trafford whilst others not quite so.

One name who has featured in the transfer gossip columns for a considerable period of time and a player most would welcome with open arms to Old Trafford is Paulo Dybala.

The 26-year-old, as The Daily Star reminds us, has been a long-term target.

However, before anyone does a jig of delight about a deal finally being done, our referenced source pours cold water on any proposed deal by confirming that the Argentine forward has opened contract talks, with Juventus, about remaining with the Turin based club.

I guess that could well be the end of the Dybala to Manchester United gossip, or will it?