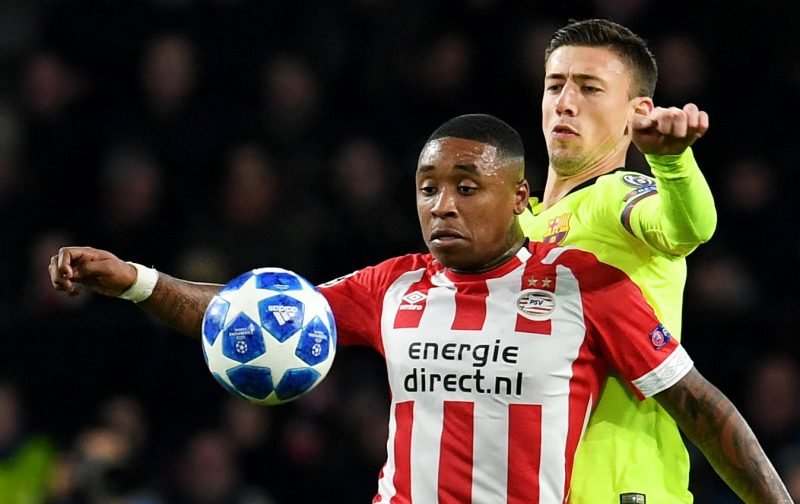 Although the transfer window remains firmly shut until the summer, the nature of the sport we love is always going to dictate that speculation relating to possible deals is going to be rife.

Lurking in the media today is the inference that the clamour to sign one exciting, emerging talent is starting to gather pace.

The talent in question is that of Steven Bergwijn, a 21-year-old winger currently on the books of the Dutch club, PSV Eindhoven.

According to the news source, Teamtalk, which has picked up on something in the Dutch media, Manchester United are among a host of clubs who have sent scouts to look at the winger.

However, if Manchester United are to be successful in signing the winger, who is rated around the £30 million mark, they will have to beat off competition from a host of other clubs which include: Liverpool and Tottenham Hotspur of the Premier League and Bayern Munich, Borussia Dortmund and Inter Milan on the continent.

On the surface it looks like quite a challenge and one, in which we are to succeed, will need the club to be able to offer Champions League football next season, as a minimum.

Here at Vital Manchester United, we’ll try and keep abreast of the situation and report back as and when it is deemed to be necessary.