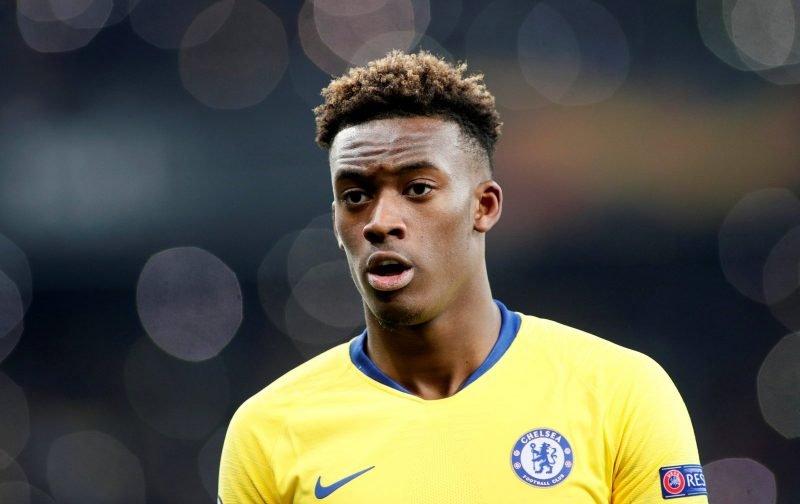 A teenager who has yet to make a start in the Premier League made his debut for England, against the Czech Republic, on Friday evening.

That same teenager is now, according to the news source, the Daily Mail, subject of transfer speculation relating to a possible move to Old Trafford.

The youngster in question is, of course, Callum Hudson-Odoi who is, currently on the books of our Premier League rivals, Chelsea.

However, the 18-year-old is refusing to put pen-to-paper on a new deal at Stamford Bridge and, back in the January transfer window, was the subject of numerous bids from the Bundesliga side Bayern Munich.

Chelsea resisted all offers but since the transfer window closed Borussia Dortmund have also been linked with a move for the player.

But if Manchester United are keen to land the young winger he won’t come cheap, Bayern Munich were looking at paying circa £40 million for the player and whoever, if they can, persuades Chelsea to sell might end up paying close to £50 million for a player who, as we stated earlier, has yet to start a Premier League game.

It is a huge amount of money for someone so young but Hudson-Odoi is a special talent and someone who could bring that something extra to our play but whether a deal can be sealed remains to be seen.

Chelsea are the subject of a two-transfer window transfer ban and you get the feeling they’ll do everything within their powers to prevent their squad being depleted knowing they cannot bring in replacements.

Here at Vital Manchester United, we’ll do our utmost to keep abreast of the situation and report back as deemed necessary.