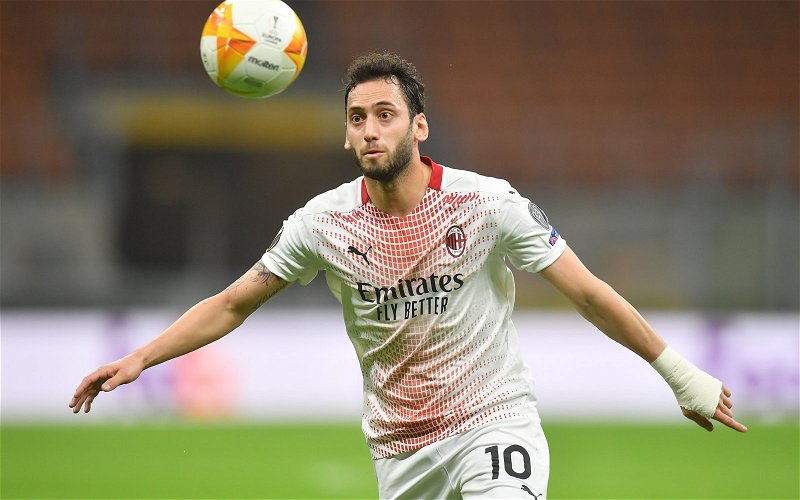 Having eased into the last 16 of the Europa League, after beating Real Sociedad, over two legs, the draw was far from kind for Manchester United yesterday.

Although it is implied that there are never any easy games when you reach the last 16 of either of Europe’s big two competitions, Lady Luck was far from being on side when we drew the famous Italian side, AC Milan.

If Manchester United are to reach the quarter finals of the competition, they will have to be at their best to overcome the Serie A giants.

The draw does, of course, see a certain Zlatan Ibrahimovic return to Old Trafford but, according to The Express it also gives Manchester United the chance to run the rule over a possible midfield signing, Hakan Calhanoglu.

The 27-year-old Turkish international midfielder is out of contract at the end of the season and could be available on a free transfer.

Could a couple of decent performances see a move to Old Trafford materialise?

What are your views on this possible signing, does it get your blessing?