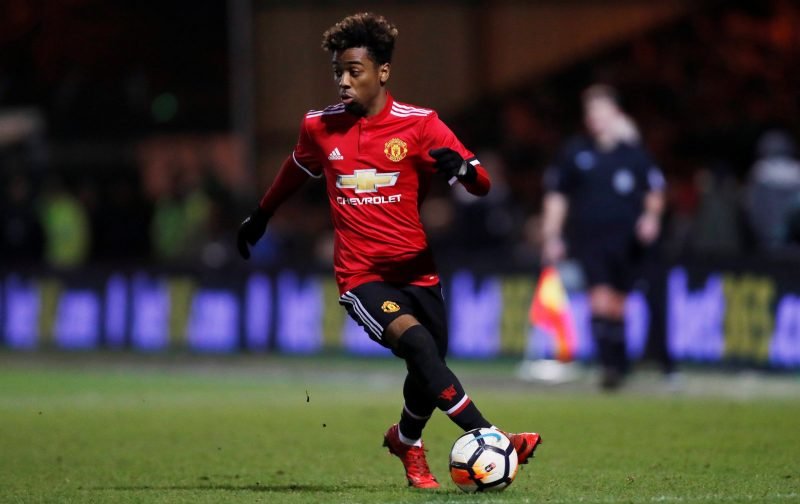 It’s fair to say that as the Manchester United hierarchy look to transition the squad from its current status to a squad capable of challenging for the Premier League title, some players could move on who we wouldn’t have expected to.

One such player is our talented midfielder, Angel Gomes.

Gomes, just 19-years-of-age is tipped to become a star of the future but there are serious fears he could leave Old Trafford come to the end of the season.

Lurking in the pages of The Metro is the suggestion that Manchester United could lose Gomes to Chelsea of all clubs.

Apparently, although he’s made just 6 appearances for the club this season, the midfielder feels that he is worth more than the £25,000 a week United have reputedly offered.

Now whether a game resembling poker might be in play here remains to be seen, but if Gomes, who has been at the club since he was 8-years-of-age, is allowed to slip away I can’t help feeling we’ll be letting a huge talent slip through our fingers.