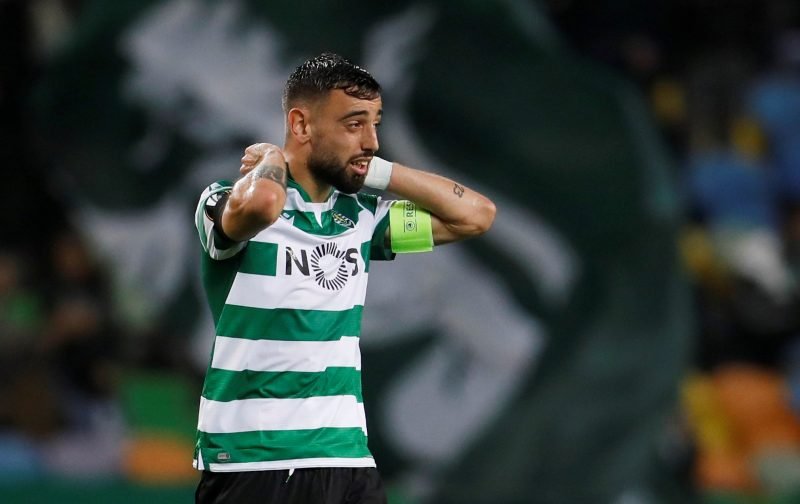 Two weeks into the January transfer window and it is probably fair to say it has when it comes to Manchester United bringing n some new talent, a disappointing two weeks.

However, that could all be about to change.

Speculation is growing that the club could be on the verge of making their first big signing of the transfer window.

According to The BBC, the player in question is Bruno Fernandes.

Fernandes, 25-years-of-age, is a midfielder who is, currently, on the books of the Portuguese side, Sporting Lisbon.

Our source reports that Ole Gunnar Solksjaer has watched the player in action and is keen to bring the goalscoring midfielder to the club.

As for a fee, a figure of £60 million is being touted about.

However, we should point out that a deal has yet to be agreed between the two clubs.

But, our big question to you is:

Please feel free to drop your thoughts into the comment facility beneath this article.