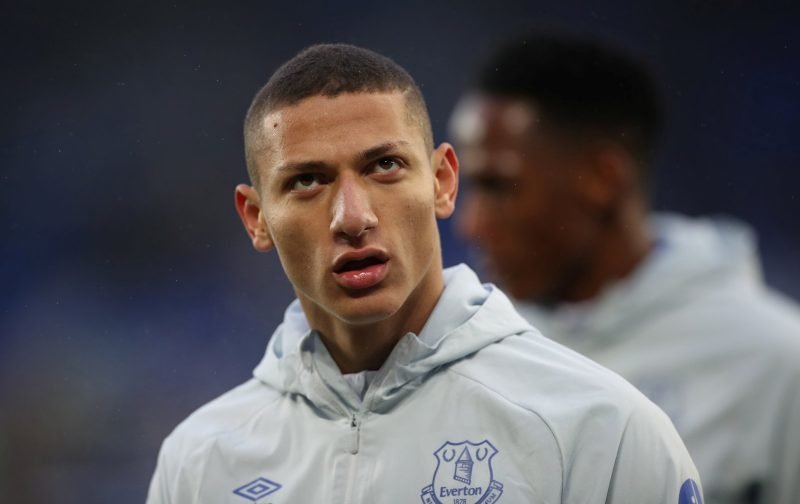 With Ole Gunnar Solksjaer looking to add a striker to the Manchester United squad, it would appear the gaffer is not having much luck with his intended targets.

Already today we’ve covered how any hopes of signing Erling Haaland manchester-united-suffer-huge-disappointment-in-race-to-sign-striker, are fading with the talented teenage Norwegian striker set to join the Italian side, Juventus.

But things don’t look as if they are going to get any better.

According to The Sun, Ole Gunnar Solksjaer has been pondering over making a move for Everton’s Brazilian striker, Richarlison.

The 22-year-old has enhanced his reputation, at Goodison Park, since a £40 million move from Watford.

But not even the chance to make a huge profit with Manchester United reputedly willing to pay £70 million for the player can tempt Everton into selling.

It appears the new Everton boss, Carlo Ancelotti, has every intention of hanging on to Richarlison and making him the focal point of the Everton attack as the Italian looks to revitalise Everton and return them to their former glory.

On the surface, we could be set for a disappointing January transfer window but, look on the bright side, there’s plenty of time to go before the window slams shut.