United Already Have A Possible Replacement Ear-Marked For De Gea 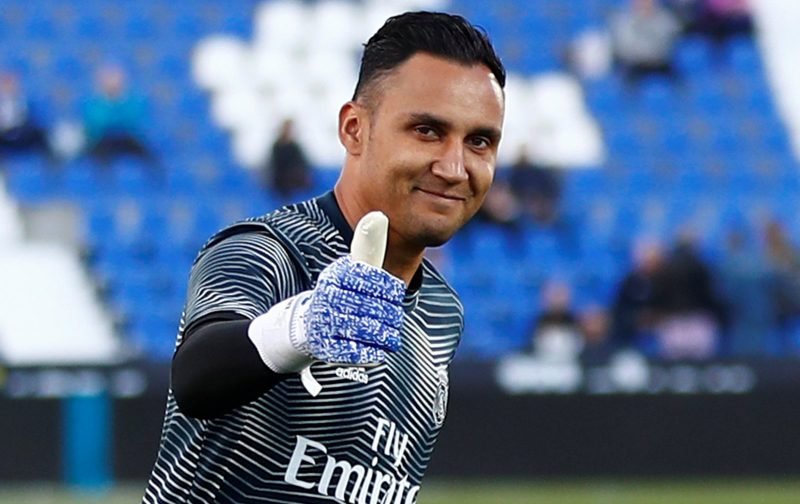 With the future of David de Gea, as the Manchester United first-choice goalkeeper not as certain as we’d have thought several months ago, it would appear, according to the media, Manchester United may very well be contemplating the Spaniard’s successor.

Although many United supporters are of the opinion that Sergio Romero, our current number two, could step, quite comfortably, into the void left by a possible / probable de Gea departure, a club of our stature needs to top-class goalkeepers on its books, such is the volume of football played these days.

To that effect, it’s probably not surprising to read in the media that transfer speculation as to who might be on his way to Old Trafford has already begun.

Lurking in the pages of the media source, the Telegraph, is the inference that the Real Madrid keeper, Keylor Navas, could be our man.

Our aforementioned source is inferring that the Costa Rican keeper will be offered as a potential replacement for de Gea.

Navas is a vastly experienced operative who, even though he is already 32-years-of-age, could fit the bill exactly.

Unlike outfield players, goalkeepers tend to remain at the top of their game a lot longer and the only question I have, if the deal were to be, somewhere down the line, signed sealed and delivered, is whether Navas would be able to cope with the physicality of the top-flight of English football.

United Set To Force The Issue With Regards To Uncertain Keeper