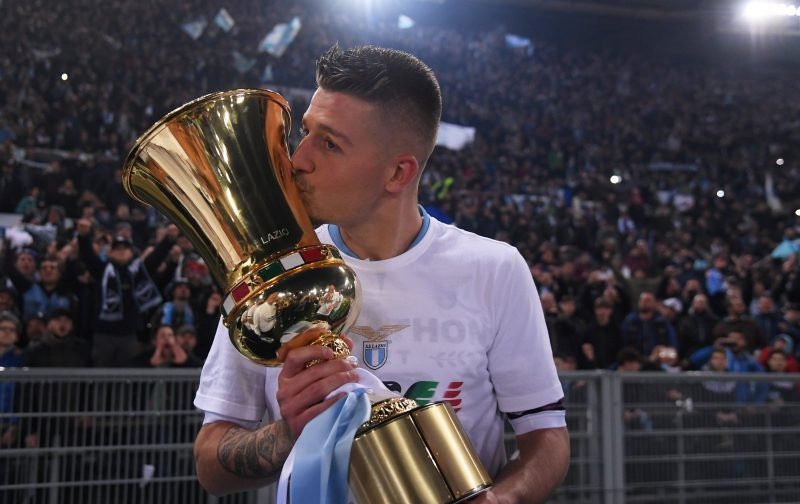 In less than two weeks, Manchester United will get their 2019 / 2020 season underway with an intriguing fixture against Chelsea.

It is a game that could set the tone for the remainder of the season, a decent win will raise the expectation levels that this could be a decent season for the club.

But as the opening fixture draws ever nearer speculation is as great as ever when it comes to the make-up of the Manchester United midfield.

Today, as has been the case for most of the summer, the mainstream media is awash with speculation as to just how the situation will pan out.

One source, The Daily Mail, infers that Manchester United have agreed, verbally, to sign the Lazio and Serbia midfielder, Sergej Milinkovic-Savic.

The 24-year-old has already featured as a possible acquisition on these pages, this-serbian-midfielder-looks-a-far-more-viable-proposition-for-manchester-united and any such move would certainly, as our original article suggested, get our approval.

But before we all start celebrating that the club are getting ready to announce a big deal for the player, we shouldn’t count our chickens before they’ve hatched.

Apparently the deal is dependent on the departure of Paul Pogba, to Real Madrid, and, yes, that’s another story!