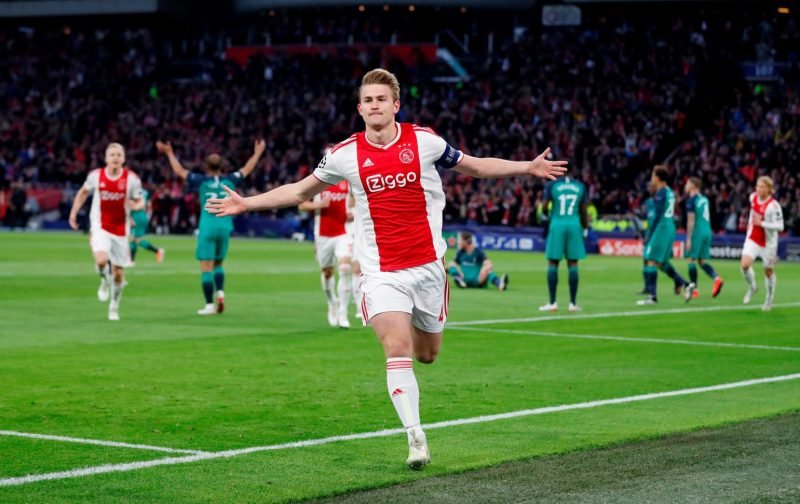 I’m sure somewhere there must be a statistical file somebody has composed relating to exactly what percentage of transfer speculation results in an actual deal being done.

If that is the case then I’d imagine that the percentage figure is remarkably low.

Deals break down due to a variety of reasons – transfer fee not being agreed on, length of the contract not agreed and personal demands to name but a few.

But, today, lurking in the media source, the Mirror, is probably one of the strangest reasons I’ve ever heard suggested.

Our quoted source is reporting, and who are we to doubt them, that the reason why the Ajax and Dutch international defender, Matthijs de Ligt, isn’t coming to Old Trafford is because someone decided that his weight would, in future years, become an issue.

Yes, that’s right, someone, someone highly qualified that de Ligt, who is currently just 19-years-of-age, would soon become fat!

Quite how they deduced such a fact I’m not going to explore.

But, one thing is for certain, I’ll take a closer look at de Ligt, in the coming years, to see if he does pile the weight on!