The Premier League’s Best Ever Player 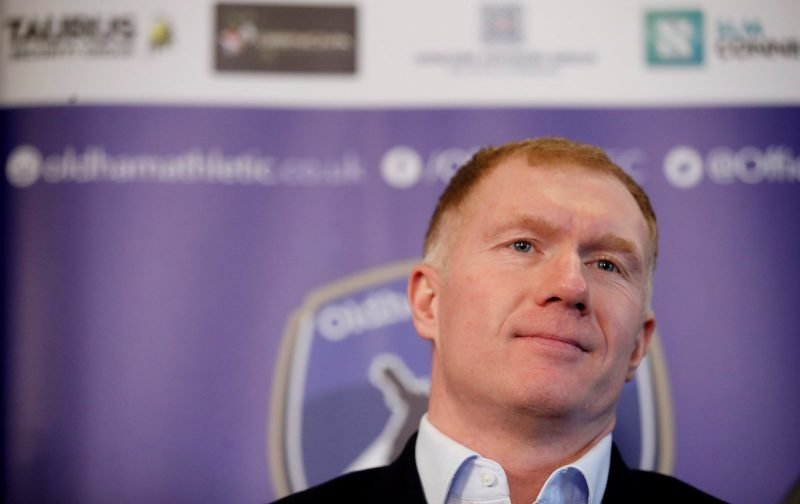 In this article, John White, a leading authority on all things related to Manchester United, the author of 17 books about the club he has supported all of his life, gives us his view on who he considers to be the greatest ever player in the history of the Premier League.

John is also the author of a book about the Premier League which commenced in season 1992-93.

That player was the little magician himself, a certain Paul Aaron Scholes. Scholesy scored twice in a 2-1 Football League Cup Round 2, First Leg win over Port Vale at Vale Park, Burslem, Stoke-on-Trent. He became the first player since Bobby Charlton on 6 October 1956, to score two goals for the club on his debut.

I do not know what you thought of Scholesy, but I absolutely loved him. I think he is without a shadow of doubt not only the best player to have ever played for us in the Premier League era (1992-93 to date), but the Premier League’s greatest ever player.

I know this is some praise for the wee ginger haired player but as far as I am concerned, an extremely well deserved mantle. Scholesy could practically do it all: he could score with his left foot, his right foot and his head; he had the ability to strike a ball towards goal with unerring accuracy whether it was on the floor or on the volley; he always managed to find space in a crowded midfield which the magnificent FC Barcelona midfield partnership of Xavi Hernandez and Andrés Iniesta surely modelled their game on.

Scholesy always made himself available for a teammate to lay the ball off to him if he was being pressed, our little magician would then twist one way and turn the other way, before firing a pinpoint 50-yard pass on to the toe of a teammate. Scholesy was a Master Passer, so much so that I nicknamed him “Ping” (like the brand of golf clubs) because he could ping a pass to a teammate like Tiger Woods could ping an iron shot to within an inch of a hole. But more importantly, Scholesy never got flustered under pressure and he did not give possession away.

I mean, just look at that pass he played last week in a testimonial game, pure impudence, pure Genius.

But don’t just listen to what I have to say about one of Fergie’s famous fledglings and a member of our magnificent “Class of ‘92” gems.

“In the last 15 to 20 years the best central midfielder that I have seen — the most complete — is Scholes. I have spoken with Xabi Alonso about this many times. Scholes is a spectacular player who has everything. He can play the final pass, he can score, he is strong, he never gets knocked off the ball and he doesn’t give possession away. If he had been Spanish then maybe he would have been valued more.” – Xavi Hernandez

“If he was playing with me, I would have scored so many more.” – Pele

“He is the greatest player in Premier League history.”– Thierry Henry

“It’s only natural to want to select your best players and there is no doubt for me that Paul Scholes is still in a class of his own. He’s almost untouchable in what he does. I never tire of watching him play. You rarely come across the complete footballer, but Scholes is as close to it as you can get. One of my regrets is that the opportunity to play alongside him never presented itself during my career.” – Zinedine Zidane

“He’s always so in control and pinpoint accurate with his passing – a beautiful player to watch.” – Sir Bobby Charlton

Having helped United win trophy after trophy (11 Premier League titles, 4 FA Cups, 3 League Cups, 5 Community Shields, 2 European Cups, the Intercontinental Cup and the Fifa Club World Cup), Scholes hung up his boots for good after his 499th and final Premier League appearance for United on the final day of the 2012-13 season, a 5-5 draw away to West Bromwich Albion on 19 May 2013, which was also Sir Alex Ferguson’s farewell as United boss after 26½ years in charge. In total, he made 718 appearances for us and scored 155 goals. Paul was capped 66 times by England and scored 14 goals for his country.

But in closing, I am sorry to say this Paul, and you probably knew it anyway. You did actually have one small flaw and that was you couldn’t tackle a fish supper!