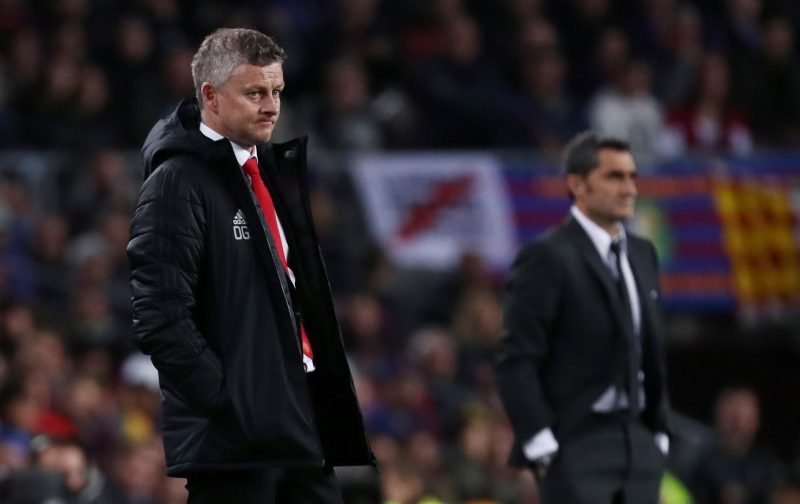 After losing the first-leg of the Champions League quarter-final, at Old Trafford, travelling to the Nou Camp to try and rescue the tie was always going to be a difficult task.

But, having done such a feat in the previous round, rescuing hopes of silverware when all hope looked lost, the feeling was there that the improbable could be achieved.

Barcelona showed that when it comes to class they are a league above Manchester United and a spell of two goals in four minutes, early in the first-half, from the footballing magician that is Lionel Messi, gave our hosts a 3-0 aggregate lead from which Manchester United were never going to recover from.

Matters were compounded when, just past the hour mark, Philippe Coutinho added a third goal on the night, making it 4-0 on aggregate, to leave the travelling support somewhat shell-shocked, we knew the dream was over.

After the final whistle, the Manchester United boss, Ole Gunnar Solksjaer, as reported by the BBC, had this to say to BT Sport:

“I have to say Lionel Messi is top quality and he was the difference of course. At 2-0 it was game over.

“He’s different class, he and Cristiano Ronaldo are the best players of the last decade, everyone agrees on that one. Messi showed his quality.

Would Manchester United have fared any better if Messi was absent?

I guess it is a question we’ll never know the answer to.

Continuing, and as reported by the same source, Solksjaer had this to say about the way forward for the club:

“We have to aspire to get to that level of Barcelona, we can get there but we have loads of work to do. If we want to get back to Man Utd’s true level, true traditions, we have to challenge Barcelona.

“They were a couple of levels above over the two games. We want to play these games again next year so we have a massive week coming up. There is no point dwelling on what could have been, we have to focus on that week.”

With no silverware to play for, it is now imperative that Manchester United push-on in their remaining Premier League games this season, to attain a top-four finish, otherwise there’ll be no Champions League football next season, something that would be shocking for a club of our stature.