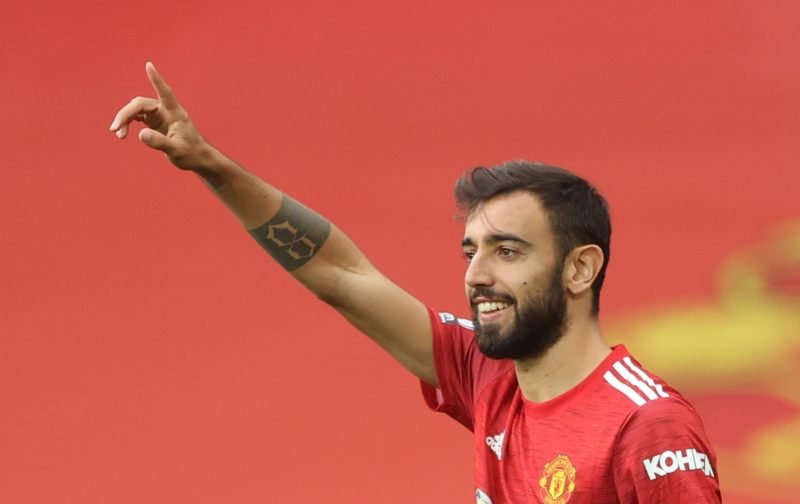 Sticks and stones may break my bones, but words will never hurt me, is a familiar saying from my younger days.

Quite whether it is as pertinent these days remains questionable.

However, if you have been following everything Manchester United related in the media, you could be persuaded into believing that there was something akin to a fall-out between Bruno Fernandes and Ole Gunnar Solksjaer, following the thrashing inflicted by Tottenham Hotspur.

It is a story that has run for several days, as covered by The Metro which has tried to influence its readers that Fernandes has denied criticising the gaffer.

But the apparent verbal melee rumbles on with Ole Gunnar Solksjaer, as reported by The BBC using his pre-match press conference, ahead of the trip to take on Newcastle United, to calm the situation with the gaffer remarking about outside factors, the media, doing their utmost to destabilise the club, commenting:

“It’s one of those things that you have to get over as soon as you can and move on.

“We know any little chance from outside… you want to create a division.

“I think Bruno spoke really well the other day about how we are united, we have to stay together. We can’t listen to everyone outside. We’ve got to just get on with it.

“Bruno’s now lost two league games since he came to the club and he came in February, but it’s been two in quick succession.

“So, he’s not used to losing league games for us but now, Bruno, welcome to Manchester United – this is what happens when you lost a couple, they’re going to try to create a division between us.

“But that’s not going to happen because this group is a group that wants to work hard together, stick together.”

Which all seems fair enough, but could Manchester United, some time down the line, have trouble holding on to the talented Portuguese midfielder who won the ‘Player of the Season’ award last season?

The reason I ask is that already, courtesy of The Sun is the suggestion that the cream of Spanish football, Real Madrid and Barcelona, are keeping a close eye on the situation with a view to making a move to sign the player.

I cannot help but think this could be a typical case of there is no smoke without fire, how about you?