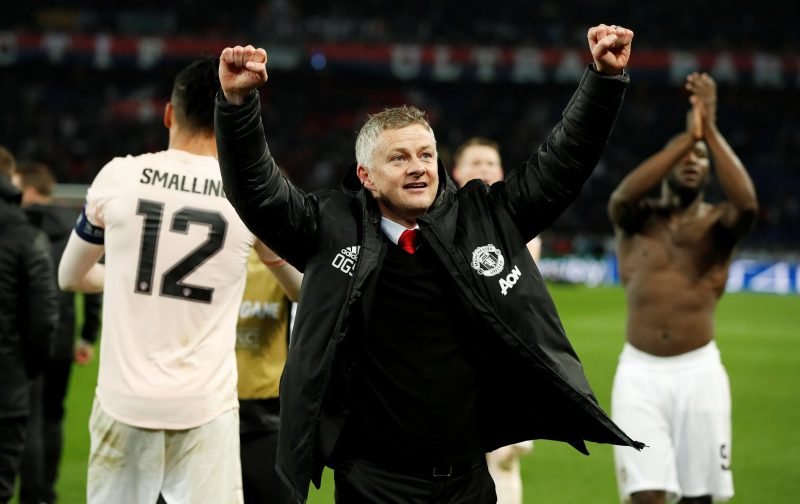 With every Tom, Dick and Harry inferring that, after his marvellous introduction as the caretaker manager of Manchester United, Ole Gunnar Solksjaer will get the job on a permanent basis, the inference has been bandied about that the Norwegian is still, in fact, the boss at the Norwegian side Molde.

Ahead of the trip to North London, to take on Arsenal, Solksjaer has, and as reported by Sky Sports, clarified the situation.

It appears that in order to take the role as the caretaker manager at Old Trafford, Solksjaer wasn’t the subject of a loan deal. Instead, as the boss remarked,

“I am not here to get excited.

“With the contract issue – you cannot have two contracts when you are a manager. That contract with Molde was terminated and I am contracted to United until the end of June.”

With that small matter sorted out we now sit poised waiting for the official announcement, from the Old Trafford hierarchy, that Solksjaer is the new ‘permanent’ manager of Manchester United Football Club.

The only question being how long the hierarchy will make us wait!

Solksjaer Could Spring A Surprise Up Front This Sunday At Arsenal