Opinion: Relatively Unknown Striker Could Be Just The Tonic For Manchester United 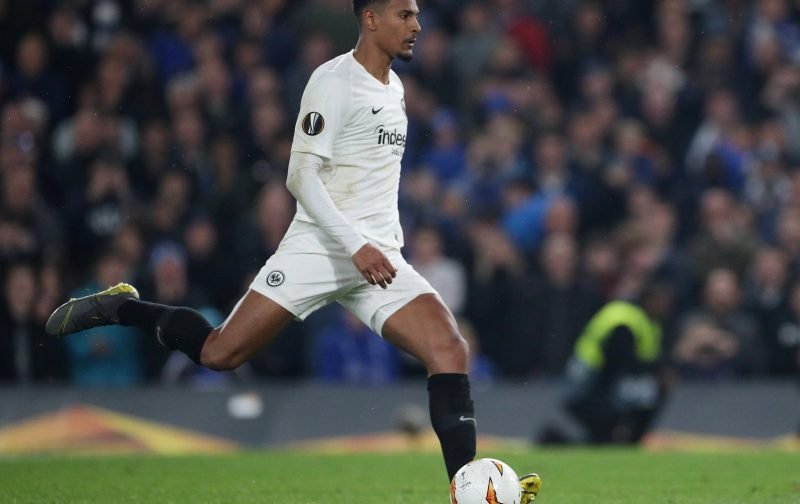 After the failures of last season, the squad needs a shake-up if United are to close the gap on Liverpool and Manchester City.

That shake-up could see a change in the strikers available to Ole Gunnar Solksjaer.

Already, as reported by us, Click Here we’ve covered the speculation linking Romelu Lukaku with a move away to Old Trafford.

Today, the media, particularly the Daily Mail are hinting that United could bring a relatively unknown striker to the club as Lukaku’s replacement.

According to our referenced source, one striker being considered as a possible purchase is Sebastien Haller.

Haller, just 24-years-of-age, is a Frenchman currently on the books of Eintracht Frankfurt.

Last year, Haller scored 15 goals in 23 starts for his club which is a pretty decent goal per game ratio.

But, more importantly, United will be aware that Haller, who plays as a target man, proved to be the perfect foil for Frankfurt’s leading scorer, Luka Jovic, who has since signed for Real Madrid.

Although our quoted source confirms that United have yet to make contact with Frankfurt, acquiring Haller could be a smart move with a favourable price-tag.

Sometimes, bringing in someone who isn’t over-priced proves to be the perfect tonic, could Sebastien Haller be somebody who illustrates that point perfectly?

This Is Just The Player Manchester United Need

One Reply to “Opinion: Relatively Unknown Striker Could Be Just The Tonic For Manchester United”