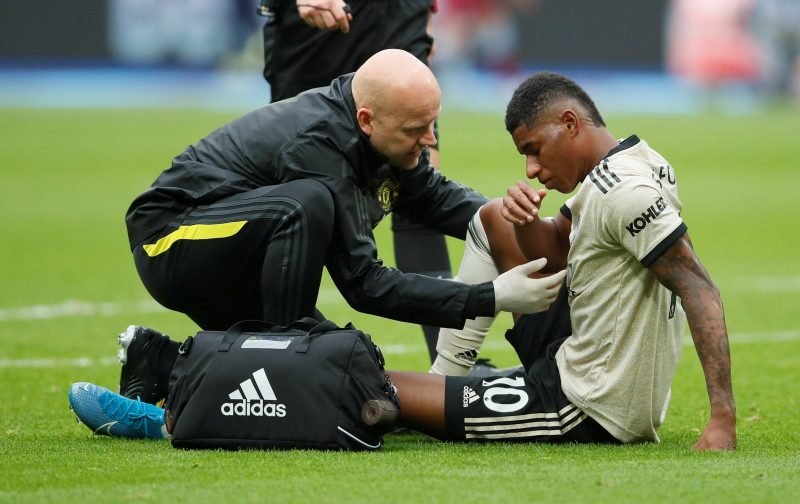 Hindsight can be a wonderful thing.

But it is a trait that serves to highlight the folly of what went on, at Old Trafford, in the transfer market this summer.

As Manchester United headed back to the north-west, after a hugely disappointing defeat at the hands of West Ham United, we do so with the knowledge that the squad is bereft of strikers.

At the London Stadium, Manchester United were already without the services of Mason Greenwood, with the youngster not participating in the game due to a bout of tonsillitis.

During the game, Marcus Rashford limped off, in the second half, with a groin problem, something that had Ole Gunnar Solksjaer remarked, as reported by The BBC:

“We’ll just have to scan it and see how badly hurt he is.”

But, as we all know, the striker situation has been magnified by the summer transfer market deals that saw Romelu Lukaku and Alexis Sanchez leave Old Trafford without any substantial reinforcements being brought in.

Deals that look to have been short-sighted as we ponder our current situation.

Plus, we should also remind everyone that Anthony Martial is also missing through injury.

Thankfully, our next game is in the Carabao Cup when United welcome Rochdale to Old Trafford, a game we should be able to win no matter what.

But with a game against Arsenal looming large on the horizon, fingers crossed the situation improves!