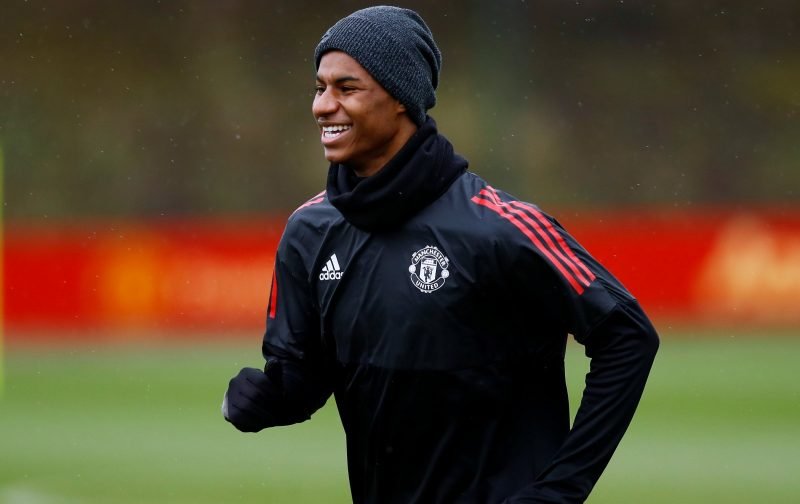 After bursting on to the scene, on both the domestic and international levels, as a teenager, Marcus Rashford was tipped to have a long career at Old Trafford.
However, there are now doubts that might not be the case.

The 20-year-old striker, just like Anthony Martial, has fallen down the pecking order at Manchester United since the club purchased the Chilean striker, Alexis Sanchez.

Although the striker has two-years left on his contract, with the option of a further 12-month extension, one news source is running with the inference that Rashford is set to delay putting pen-to-paper on a new deal.

According to the Sun Rashford has concerns about being a regular in the starting eleven fearing that Manchester United may be tempted to bring another big-name striker to the club this summer.

Indeed, our referenced source carries quotes from an Old Trafford insider, about the situation, with the quotes reading,

“Marcus loves it here but there are concerns with what the boss could do this summer.

“Everyone is currently on the same page.

“This is his club, but you never know what is going to happen.

Surely the club won’t let Rashford leave, if this Academy product can’t make it on a long-term basis then perhaps we need to ask who will!