Opinion: United’s Interest In Ivorian Winger Looks Set To Fizzle Out, But I’m Sure There’ll Be Others Linked With A Move To Old Trafford 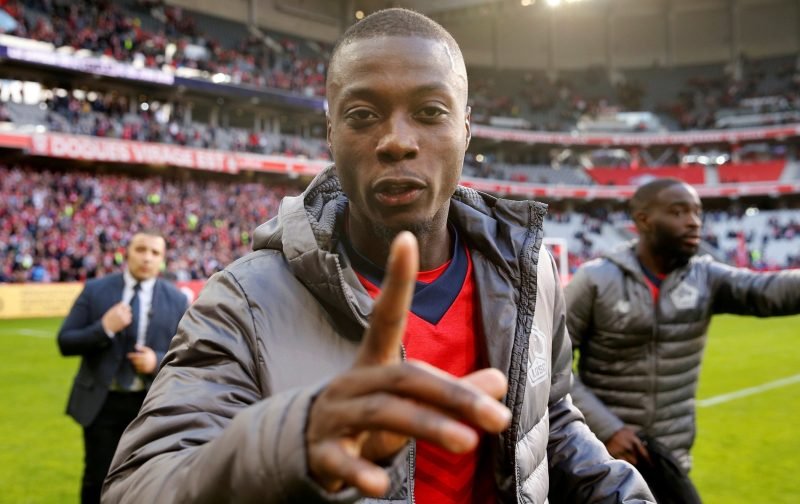 His name was Eden Hazard who, it was confirmed yesterday, will be joining Real Madrid.

This summer, Lille are expecting to sell another winger and a player who great things are expected of, his name being Nicolas Pepe.

Unfortunately, any hopes Manchester United had of bringing the 24-year-old to Old Trafford look like being dashed.

It is being reported by the tabloid publication, the Sun that Pepe will snub advances from the Premier League duo of Manchester United and Liverpool to join Bayern Munich in a deal which is being reported as being worth £70 million.

Bayern Munich, after seeing both of their established first-team wingers, Franck Ribery and Arjen Robben, leave the club at the end of the 2018 / 2019 season, are in desperate need of a wide-man and Pepe fits the bill.

Now whether Pepe would have been that elusive world-class wide-man we’ve been looking for, is something we’ll not now find out.

But, in a summer where Manchester United are sure to be linked with a plethora of players, I’m sure Pepe won’t be the last player we’re linked with but doesn’t get anywhere near to putting pen-to-paper on a deal.

I’ll not lose any sleep over it, will you?

Opinion: This Potential Purchase Would Prove The Ideal Signing For Manchester United