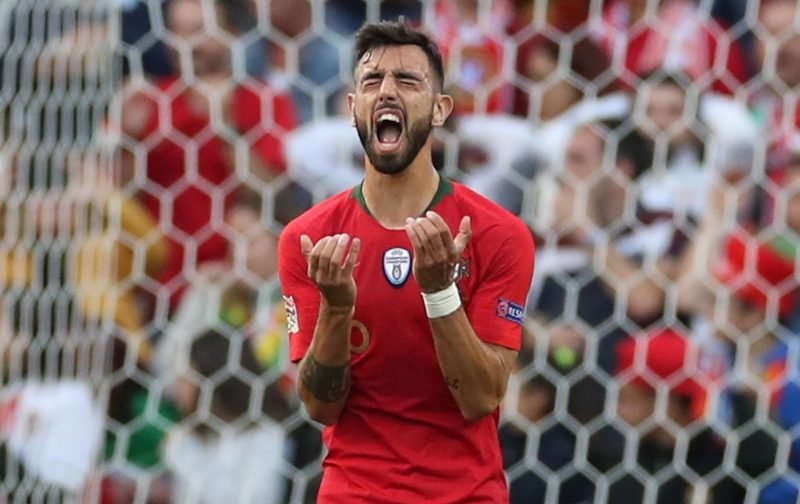 Earlier this week, the insinuation in the media, was that Manchester United were struggling to finalise a deal for a midfielder.

Our article, uniteds-hopes-of-signing-portuguese-midfielder-dealt-a-blow implied that Manchester United’s valuation of the Sporting Lisbon midfielder, Bruno Fernandes, didn’t match that of his club.

However, it would appear that the deal is far from collapsing in spectacular fashion.

Today, Sky Sports are reporting that the players’ agent is in the UK trying to thrash out a deal.

The deadlock has come about due to the fact that United are looking to sign Fernandes for £31 million, the escape clause value stipulated in his contract.

However, Sporting Lisbon are adamant that they’ll accept nothing less than £50 million for the attacking midfielder.

Fernandes, last season notched 32 goals in 50 appearances, a very good goals-to-game ratio and would be a great asset to Manchester United.

But will the deal get done?

Our thoughts on this deal remain positive although to get their man United may have to go upwards of £42 million plus a few more million for add-ons, such is the nature of the transfer game these days.

8 Replies to “Opinion: United Deal For Midfielder Far From Collapsing, It’s Just At A Delicate Stage”