Opinion: A New Striker Appears On United’s Summer Wish-List But I’m Not Sure He’s The One For Us 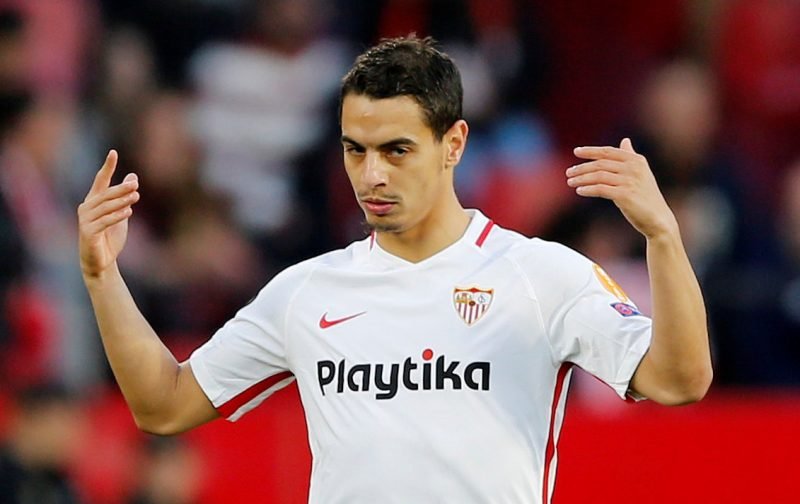 For a club that were, reputedly, going to revamp their squad big-time, this summer, progress in the transfer market has been painfully slow.

However, we’re hoping that the situation will change soon.

Today, when it comes to improving the squad, an interesting piece of speculation has emerged.

The Spanish news source, Sevilla ABC, is reporting that Manchester United are showing an interest in a striker that hasn’t, as far as I can recall, been linked with the club so far this summer.

The player in question is Ben Yedder.

Yedder, 28-years-of-age, is currently on the books of Sevilla and our quoted source is insisting that Manchester United are ready to meet the £35.8 million release clause in his current contract.

Although Yedder is a French international, I have to admit knowing very little about him and had to delve into wiki to read up on his career.

At just five feet seven inches tall, it’s probably safe to say that Yedder isn’t an out-and-out frontman but with 38 goals in 91 league appearances for his current club, his scoring ratio is pretty good.

But is he the man for Manchester United?

I’ll reserve judgement but I’d welcome your views in the comment facility beneath this article.