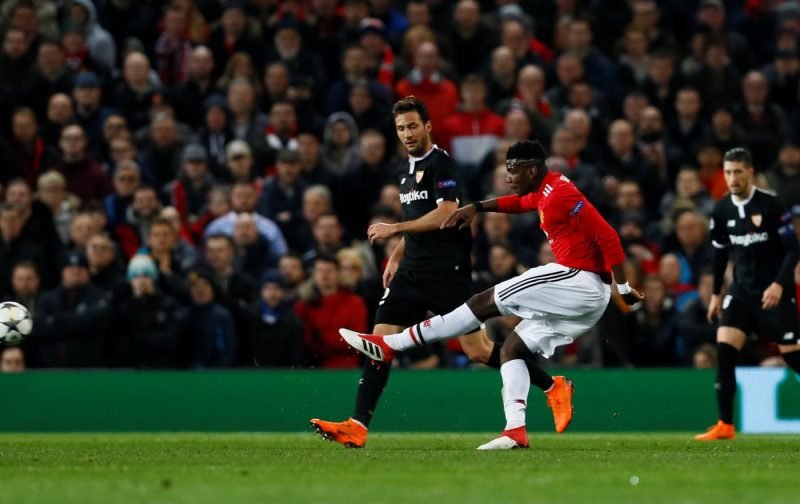 When Paul Pogba returned to Old Trafford, to sign for Manchester United for the second time, it felt as if the world-class French international midfielder has returned home.

Furthermore, it seemed as if Pogba had decided that he was ready to spend a huge part of his career at the club where it all began for him.

However, things haven’t, since Pogba returned, gone completely as planned.

Everyone is aware that the relationship between the player and the manager hasn’t been what it should have been with a degree of friction existing.

As a result, media speculation has linked the 25-year-old with a move away from the Premier League, possibly returning to Serie A with his former club, Juventus.

Today, one news source, the Express, is championing the inference that Juventus are so keen to re-sign their former midfield ace that they are prepared to offer Manchester United a choice of one of three players to swing the deal in their favour, with the three players, supposedly, offered being:

Now whether Manchester United are tempted to strike a deal remains to be seen but with Mourinho looking to bolster the heart of his defence then, perhaps, Benatia might be the preferred target.

But, another option and one that I favour, would see Pogba remain at Old Trafford and producing the goods week in and week out and that could also be a possibility with the news source, the Manchester Evening News, having picked up on something in the European media which infers that Pogba’s agent has implied the broken relationship that existed between Pogba and Mourinho has now been mended.

Now, whether that’s a solid or a fragile relationship we can only speculate.

But, perhaps the biggest influence on where the player prefers to see out the next few years of his career can only come from one person, the player himself, Pogba, the ball is in your court!