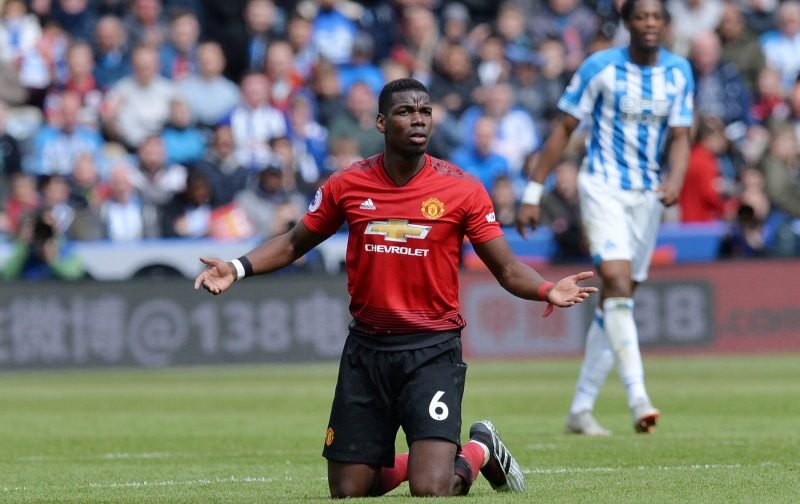 Now whether Paul Pogba will be a Manchester United player next season is something that only time will tell.

But the inference that a move could be on the cards continues to produce a plethora of media speculation relating to the situation.

Trying our best to keep abreast of the situation we’ve uncovered three different pieces to keep you all both intrigued and guessing.

The first, courtesy of the local media source, the Manchester Evening News, doesn’t give us too many clues as to which way this scenario will pan out with this quoted source simply reporting that the current Real Madrid manager, Zinedine Zidane, has refused to comment on the subject matter.

However, casting our net further afield, the red-top publication, the Sun, is running with the inference that Pogba has been told it is a case of now or never as far as a move to the Spanish giants is concerned, which, if that is the case, my money would be on the 26-year-old Frenchman leaving.

Lastly, with the net cast towards the European media network, the Italian news source, calciomercato, picking up on something in the Spanish media is reporting that Paul’s older brother, Florentin, who is on the books of Atlanta United, firmly believes that his younger brother will be the subject of movement this summer and hasn’t ruled out a move to Real Madrid or, indeed, Barcelona.

This, to me, points towards a definite clearing out of his locker at Manchester United.

But what are your views on the subject matter?

Are you of the opinion that Paul Pogba will be pulling on a Manchester United shirt for the last time next weekend?

Please feel free to drop your view on the subject matter in the comment facility beneath this article.