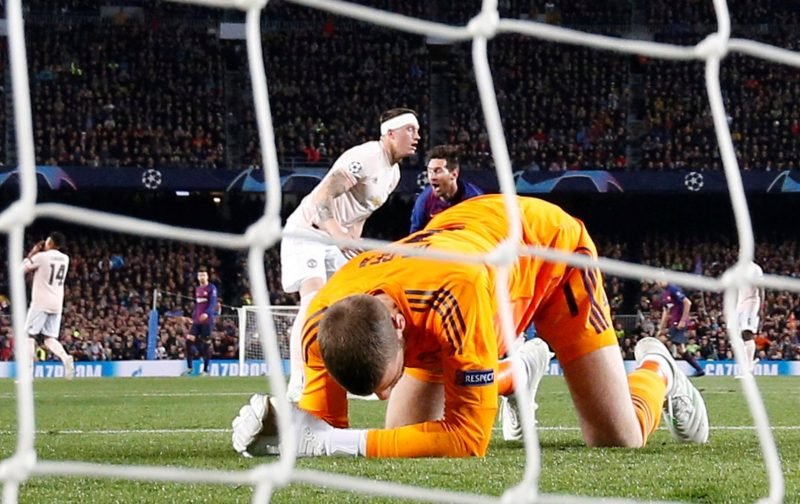 Over the past fortnight, here at Vital Manchester United, we’ve covered the speculation linking the club with the purchase of another goalkeeper.

Our articles, Click Here and Click Here have covered the possible acquisition of Jasper Cillessen (Barcelona) or Mike Magnan (Lille).

Today, it would appear that quest to bring in a top-notch goalkeeper could start to gather pace.

The necessity to do just such a thing has arisen over our fears that David de Gea could be set to head out of Old Trafford this summer.

Well, those fears have increased with news filtering in, courtesy of the Times that, following the news that the legendary Italian keeper, Gianluigi Buffon, will be leaving Paris Saint-Germain, the French club are set to make a bid for de Gea.

A bid, we feel, could be the start of the process that sees de Gea, who hasn’t put pen-to-paper on a new contract, exit Old Trafford following an error-ridden end to the season.

To see de Gea leave would be a sad moment but, as we’ve mentioned in previous articles, if a player isn’t 100% committed to the club then his services should be dispensed with.

Filling the void vacated by the Spaniard will be a huge challenge but with Sergio Romero waiting in the wings and with speculation gathering momentum that another keeper will be brought in, we’re sure the club has its finger on the pulse.