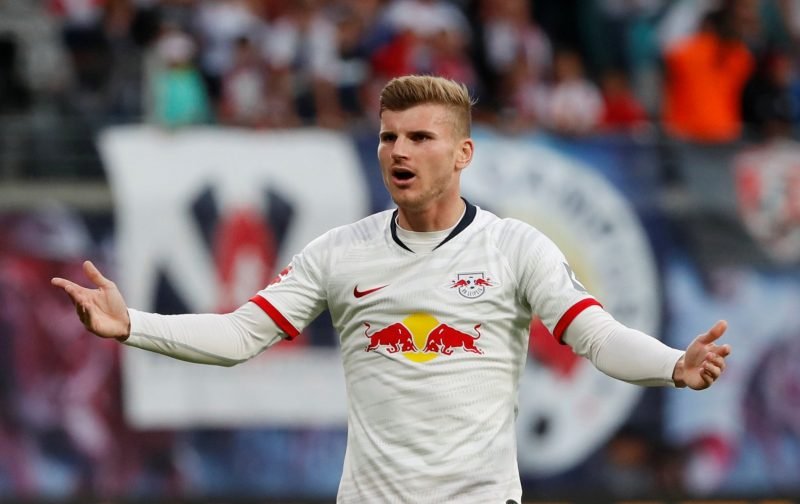 The transfer window may be closed but I just love the media speculation linking our club with possible future signings.

As well as giving me something to muse about on this site, there’s no denying the right piece of speculation can put a spring in the step of many a supporter.

Today, The Express, has come up with an interesting piece of speculation, implying that Ole Gunnar Solksjaer would quite like to bring the German striker, Timo Werner, to the club.

Werner, currently on the books of the Bundesliga side, RB Leipzig, is one of the most sought-after strikers in European football and, as our referenced source points out, previously been linked with a move to Liverpool.

Whilst with RB Leipzig, Werner has netted an impressive 68 times in 124 appearances, a more than decent goals-per-game-ratio.

However, if Manchester United are to be successful in a bid for the player, it may take some persuasion as Werner, at the start of the season, signed a new four-year contract.

With Manchester United having waved goodbye to Romelu Lukaku and Alexis Sanchez, in the summer, is Timo Werner the kind of player that would fill the void left by those departures?

I certainly think so, but do you concur with my thoughts.