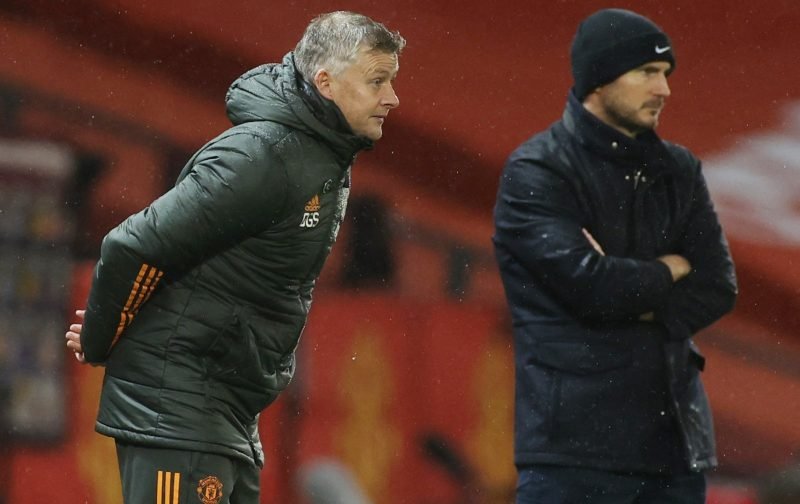 Ahead of the fixture against Chelsea yesterday, Ole Gunnar Solksjaer was aware that Manchester United had made a poor start to the season, especially in-home fixtures at Old Trafford.

Already this season, in the two home games Manchester United have played, Solksjaer has witnessed defeats against Crystal Palace and Tottenham Hotspur.

Trying to change matters, it is being reported by The Daily Star that the boss decided that the squad should stay together in the Lowry Hotel, before the match, something the team had last done before their 2-1 win against Manchester City, back in March.

Talking about the decision, Solksjaer is quoted by our referenced source as having remarked;

“It’s something we wanted to do this time. Keep everyone together.

“Of course, we’ve travelled as well this week. The atmosphere’s been good we want to keep it going.”

Unfortunately, the ploy failed to pay dividends with Manchester United only playing their part in a drab 0-0 draw.

The 0-0 draw saw Manchester United fail to win any of their first three home games for the first time since the 1972 / 1973 season.

It also saw Manchester United set a record of 5 home league games without a win, their longest since February 1990.

So where did it go wrong?

Manchester United lacked that spark to open a resolute Chelsea defence up, something the side lacked in several games last season and something we thought we had eliminated with our buys in the summer transfer window but, strangely enough, none of them started!

Strange is it not!

Manchester United Linked With The Acquisition Of An International Midfielder