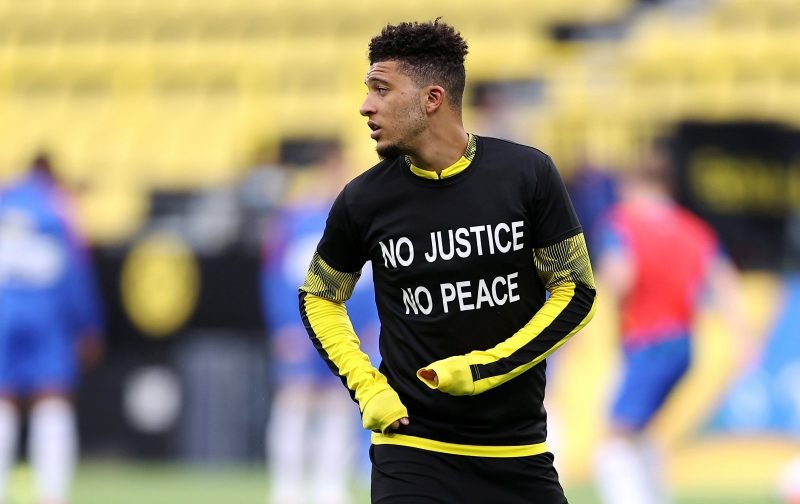 Back in the days when the summer transfer window was open, I lost count of how many articles this site produced when it came to speculation linking Manchester United with a move for Jadon Sancho.

The last article – manchester-united-boss-ready-to-take-one-last-gamble-to-land-summer-long-transfer-target – covered how the club were preparing one last bid to land the Borussia Dortmund star.

But throughout the summer, it became clear that Borussia Dortmund were not keen to see their 20-year-old star leave and retained a firm stance when it came to Manchester United meeting the price they were asking.

Unable to do a deal, Manchester United looked elsewhere for a forward and signed the veteran Edinson Cavani.

But with the January transfer window approaching, are we expecting Manchester United to continue what has, so far, been a forlorn chase?

Well it seems, according to The Daily Mail, any such move would have the same result with Borussia Dortmund declaring the England winger is not for sale in January.

My view is that this is a deal that will never get completed, come next summer Manchester United may try again but if they do then I am pretty sure the price will have risen and there will be other suitors keen to sign the player.

Some things are just not meant to be.