Manchester United – You Can’t Win Them All 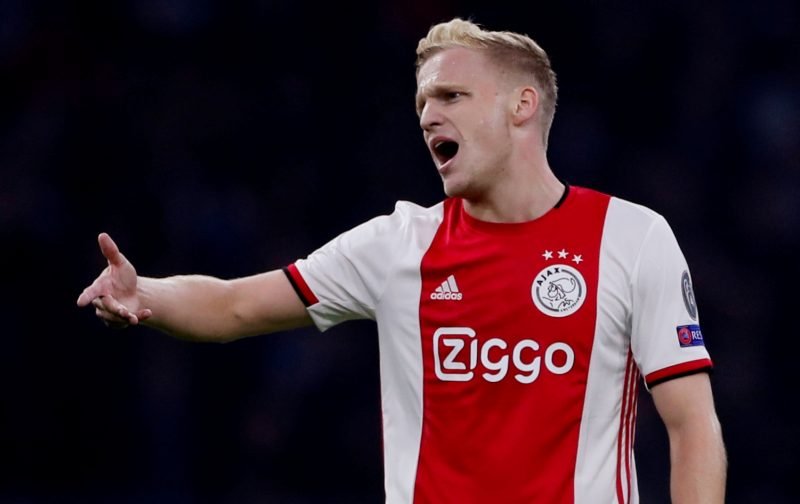 With three weeks of the transfer window having passed, the action, as far as Manchester United are concerned, has been a little disappointing.

Okay, I acknowledge that the club are intent on bringing in players who will benefit the club on a long-term basis as opposed to short-term, but I would have, by now, expected at least a couple of signings to have been made.

Perhaps, just perhaps, the last days of the transfer window will see a huge flurry with any deals that are being worked on, behind the scenes, coming together.

But, according to one source, The Daily Star one player I’d have loved to see join our club, won’t be.

Our referenced source claims that any hopes of Manchester United signing the exciting Dutch midfielder, Donny van de Beek, from Ajax, have fallen by the wayside.

Seemingly, the 22-year-old, who has the potential to grace the game at the highest level, is set to sign for the La Liga giants, Real Madrid.

Is it because of our fall from grace as far as a trophy-winning team has influenced his decision, or were we always going to struggle when the likes of Real Madrid flex their financial muscles?

Your views on the above subject matter would be most welcome in the comment facility beneath this article.