Manchester United Summer Transfer Target Could Be Available In January 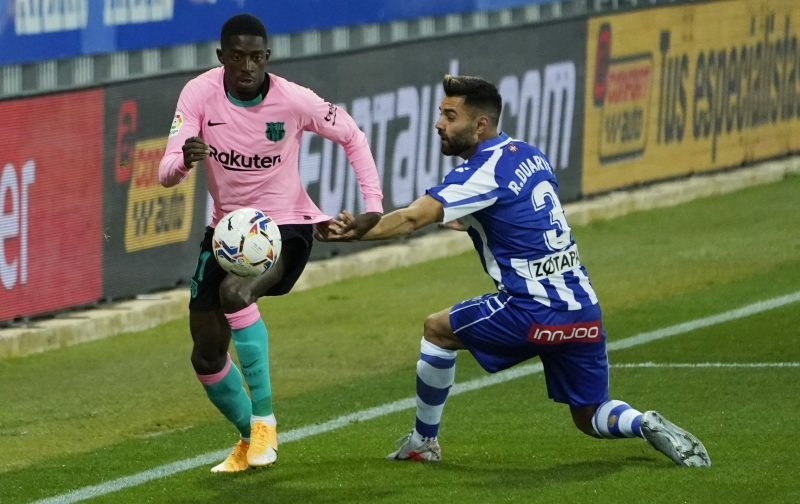 Back in the heady days of the summer when Manchester United looked, if you believe the media, were obsessed with the signing of Jadon Sancho, another possible target emerged.

With Sancho’s club, Borussia Dortmund, insisting on a king’s ransom for the player, the possible signing of the Barcelona forward, Ousmane Dembele – manchester-united-look-at-an-alternative-purchase-to-jadon-sancho – was mentioned in despatches.

But, just like the chase for Sancho, it all came to nothing.

However, is that scenario likely to change?

The reason we ask is that lurking in the Spanish press source Mundodeportivo is a tale of angst relating to Barcelona who, according to our referenced source, are looking to revive their sagging fortunes by revamping their squad by selling five players to provide funds for replacements.

One of those players is the 23-year-old French striker, Ousmane Dembele.

Could Manchester United make a move for Dembele in January?

Would you like to see Dembele added to the squad?