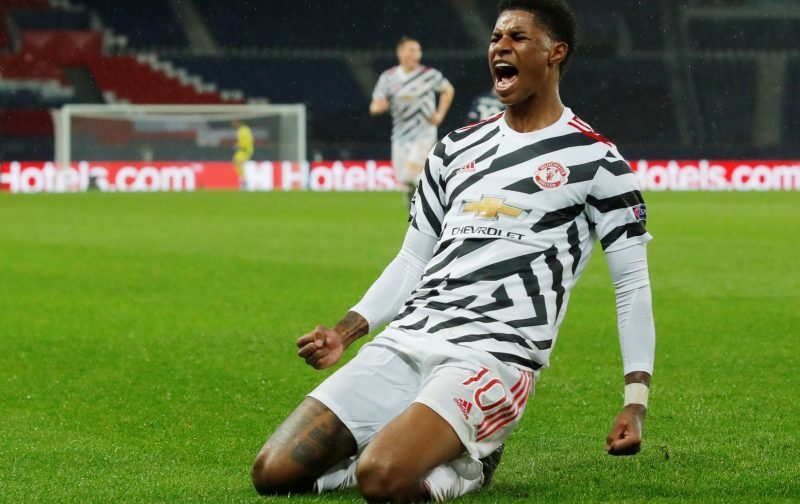 If I were to be brutally honest, I did not expect Manchester United to come away from the Champions League group fixture, against Paris Saint-Germain, with a win.

At most, I expected United to come away with a share of the spoils, after all, Paris Saint-Germain are a more than decent team even more so with a forward line containing Kylian Mbappe and Neymar.

But it just goes to show never under-estimate what United can do.

In the surreal atmosphere that games played behind-closed-doors, United got off to a good start when after dominating the half, Bruno Fernandes scored from the penalty spot.

But our hosts certainly upped their game, in the second half, with David de Gea pulling off some fantastic saves to keep United ahead.

However, de Gea could not be faulted with Paris Saint-Germain’s equaliser when Anthony Martial headed into his own net.

At 1-1 the game was evenly poised and Ole Gunnar Solksjaer could have settled for a point.

Thankfully, that was not in Solksjaer’s game-plan and a deserved victory was clinched very late on when Marcus Rashford picked up a pass from Paul Pogba and saw his shot strike the base of the post and hit the net.

Talking to the media afterwards, and as reported by The BBC, Solksjaer had this to say:

“It’s a different feeling from the last time we won here, it’s at the start of the group stage but we’ve beaten a fantastic team. Last time it was a knockout and it was euphoric, this is sterile without the fans but it’s still excellent and we deserved to win.

“When you go away to a team like this against Neymar and Mbappe you have to defend well and your keeper will have to make saves. Axel Tuanzebe is a top defender and his first game in 10 months was testament to the quality he has.

“We know we need 10 points to get through so next week’s game is very important. There are so many games.”

Tuanzebe was so good he gets my vote for ma-of-the-match.

That next game Ole spoke about is against RB Leipzig, on Wednesday evening, in a season that is being played at breakneck speed.

But before that intriguing Champions League Group H fixture there is a small matter of taking on Chelsea in a Premier League fixture this Saturday.