Manchester United Silence The Critics And Get Back To Winning Ways 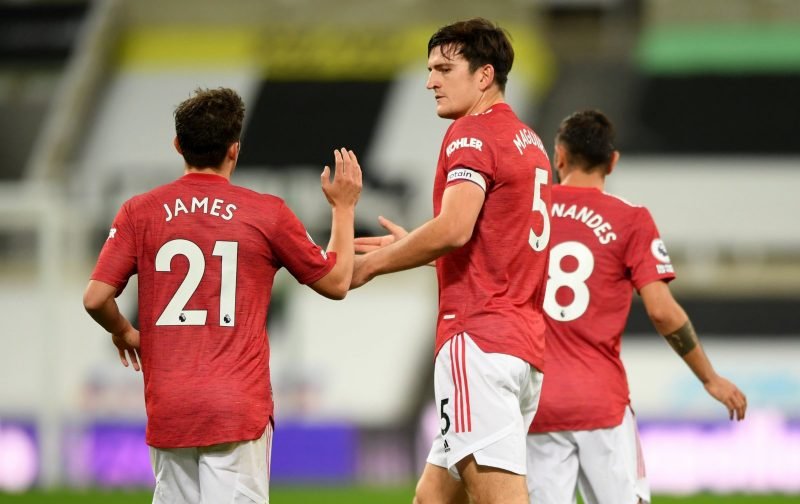 After the 6-1 drubbing handed out at Old Trafford, at the hands of Tottenham Hotspur, all eyes were on Manchester United as they travelled to the north-east to take on Newcastle United.

Anything other than a victory would have seen the media go into overdrive ramping up the pressure on Ole Gunnar Solksjaer.

There is no doubt the media hacks were rubbing their hands with glee when Newcastle United took an early lead through a Luke Shaw own goal.

But Manchester showed some resilience and levelled when Harry Maguire equalised midway through the first half.

United could have taken the lead but did not when Bruno Fernandes saw his spot-kick saved by Karl Darlow in the Newcastle goal.

With four minutes to play it looked as if the game might end all-square, but Manchester United had other ideas with Fernandes making amends for his penalty miss, in the 86th minute, before late goals from Aaron Wan-Bissaka and Marcus Rashford gave United an emphatic win although it has to be said Newcastle did not deserve to be on the end of such a one-sided scoreline.

After the game, with the three points safely in the bag, Ole Gunnar Solksjaer had this to say to The BBC;

“The season started for us today.

“We have come up to the speed of the game and that showed.”

Let us hope that is the case, although I am not sure giving the other clubs a three-game head start is a wise move.

Despite all the pressure to drop the under-fire Harry Maguire and with reports of our captain having picked up an injury on international duty, the defender did play and Solksjaer, talking to The BBC, was full of praise for Maguire, further remarking:

“Harry scored and leads by example.

“He showed good character, I am happy for him. He had a couple of difficult weeks since he last played for us.

“This was a great result and great character to come back, led by a very inspirational captain.”

It was and Maguire did his bit, but there will be much harder fixtures ahead and you get the feeling Manchester United will still have to raise their game to another level.

Next up for United is a fixture away to Paris Saint-Germain in the Champions League on Tuesday before welcoming Chelsea to Old Trafford for a Premier League fixture next Saturday.