Manchester United Set To Add Midfielder To Squad Next Summer 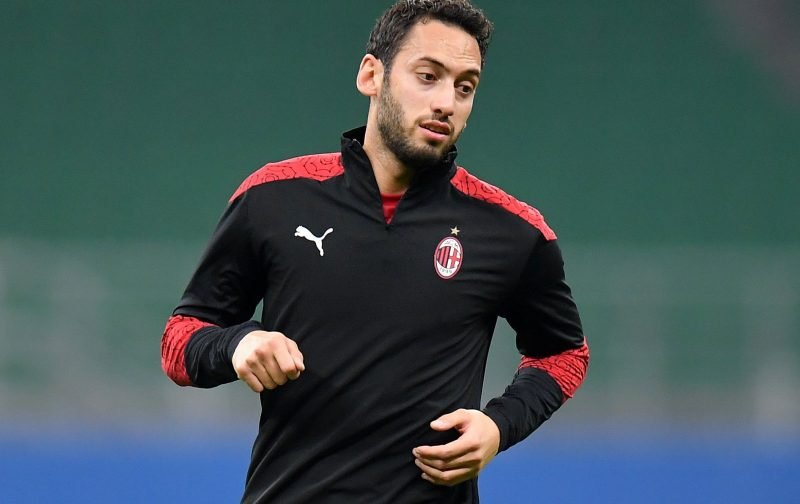 For once the title almost says it all.

All that is left for us to do, here at Vital Manchester United, is to reveal exactly who the midfielder might be.

Well, cutting to the quick it is Hakan Calhanoglu.

According to The Daily Mail, the AC Milan midfielder is 90% certain to become a Manchester United player, in the summer.

The 26-year-old is in a situation where his current contract runs out in the summer and it is looking unlikely, he is going to remain at the San Siro.

If that is the case, then Manchester United can hold talks with the player as early as this coming January.

As for potential competitors for his signature, Juventus grab a mention.

But would Calhanoglu be the sort of signing that grabs your approval?