Manchester United Look At An Alternative Purchase To Jadon Sancho 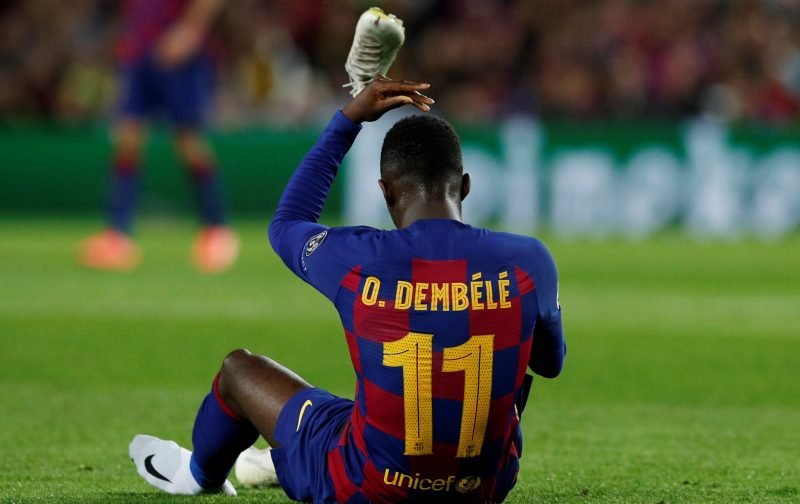 The last time we discussed what would, quite probably, the transfer deal of the summer, we dealt with the small subject of a deadline being imposed for the move.

Our article, another relating to Jadon Sancho – manchester-united-given-an-ultimatum-over-potential-huge-signing – suggested that Borussia Dortmund had given Manchester United until 10-August to complete the deal.

With Borussia Dortmund valuing the player around the £100 million mark and with Manchester United looking at paying around £50 million, I can’t see the deal going ahead.

Therefore, it has come as no surprise to me to read that the media are inferring that Manchester United have a back-up option.

According to The Daily Star, Ole Gunnar Solksjaer will switch his attentions to the Barcelona winger, Ousmane Dembele.

The 23-year-old Frenchman is an enormous talent but hasn’t had the best of times since arriving at the Camp Nou.

Personally, I’d prefer to see Sancho become a Manchester United player but is that a view you agree with? Please feel free to have your say in the comment facility beneath this article.