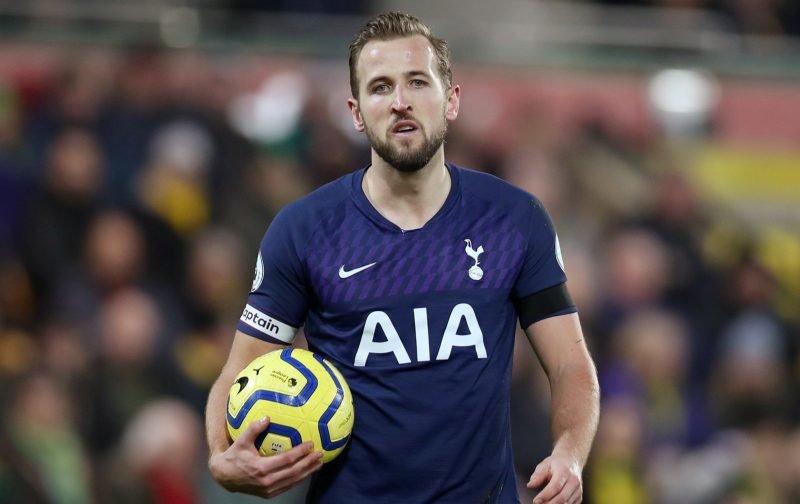 As far as transfer speculation goes does it come any bigger than this?

With Manchester United looking to improve their status when it comes to being genuine Premier League title-chasers, speculation is emerging that the club are set to try and sign the current England captain.

According to 90 Mins, Manchester United are set to make a sensational bid to sign Harry Kane, from Tottenham Hotspur.

However, as you’d expect, if the is any chance a deal can be done it will be both costly and there is bound to be competition for the signature of the Tottenham Hotspur striker.

With regards to a transfer fee, our referenced source is indicating that the fee could be as high as £150 million and as for competition for his signature, look no further than our near-neighbours, Manchester City.

Also, there’s no guarantee that Kane, if he were to leave North London, would remain in the Premier League with another news source, Tuttosport, implying that Juventus would quite like to partner Kane with the legend that is Cristiano Ronaldo.

But the big question remains, would Tottenham Hotspur sell and would Kane be interested in leaving the club he has spent his entire career with?

Personally, I’d welcome such an audacious move, wouldn’t you?