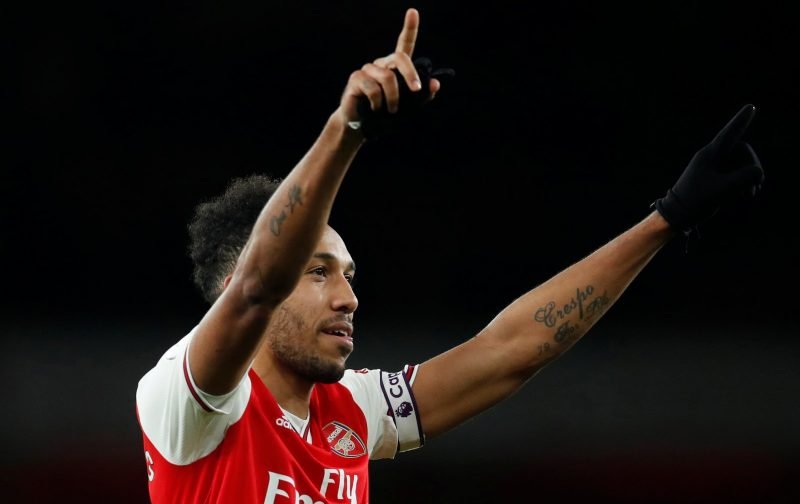 Lurking among the plethora of transfer speculation this morning is the inference that Manchester United are looking at bringing a striker to Old Trafford.

However, despite our interest in this particular striker being most welcome, it would appear it would be quite a coup to get this signing across the line.

The striker in question is the Arsenal player Pierre-Emerick Aubameyang.

But, The Metro, is reporting that although Manchester United are said to be preparing a £50 million bid for the 30-year-old, there is also interest from central Europe with both Inter Milan and Barcelona also keen to acquire the services of the Arsenal club captain.

Aubameyang is one of a rare breed of strikers who is able to score 25-30 goals a season, something that invariably propels a club towards honours.

But, can Manchester United convince Aubameyang to remain in the Premier League, that remains the big question.

Please feel free to have your say on the above subject matter and leave your views in the comment facility beneath this article.