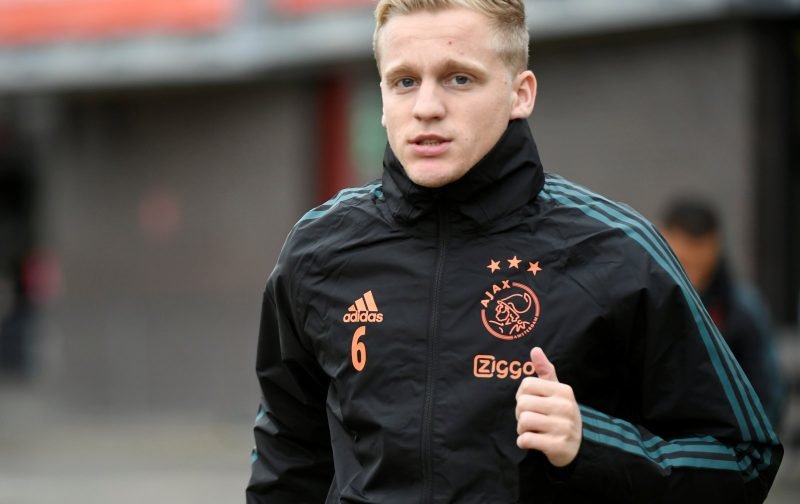 Our article – manchester-united-midfielder-linked-with-a-move-to-premier-league-rivals – covered the possibility that although the 24-year-old midfielder could be bound for a move to Manchester, the England international could end up on the books of Manchester City.

However, if that turns out to be the case, Manchester United could switch their attentions to another target, the 23-year-old Ajax midfielder Donny van de Beek.

This morning The Mirror is running with the inference that the Ajax manager, Erik ten Hag, has openly admitted that the player could leave Amsterdam once the summer transfer window opens.

De Beek is a player that has built up a reputation as a creative midfielder and, in my opinion, would form part of a very useful midfield trio alongside Paul Pogba and Bruno Fernandes.

In fact, I’d go so far as to say that I’d prefer Manchester United to sign de Beek instead of Grealish.