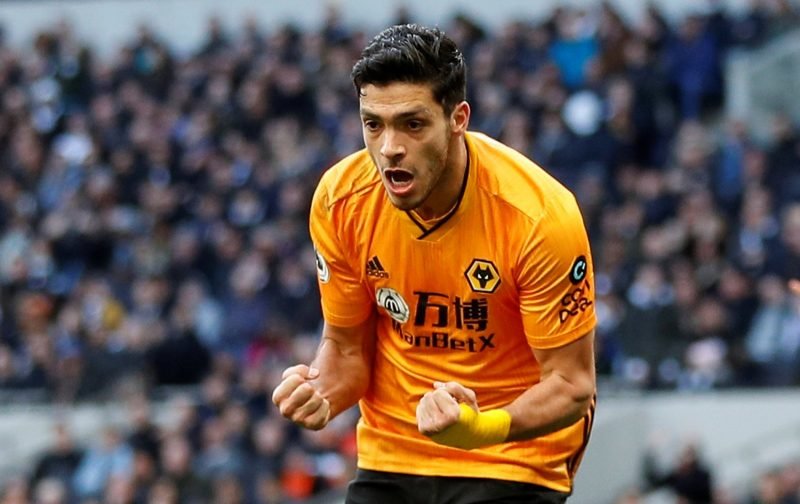 Earlier today, here at Vital Manchester United, we covered the possibility of the loan spell of Odion Ighalo being made permanent.

Our article – on-loan-striker-wants-permanent-deal-and-so-it-appears-do-the-old-trafford-faithful – also covered the fact that, via the results of our poll, Ighalo signing permanently would be well received by the Manchester United support.

But, lurking in the media, is speculation that Manchester United are also looking at other strikers they could bring to the club come to the opening of the summer transfer window.

According to The Manchester Evening News, Manchester United could be open to the possibility of signing the Wolverhampton Wanderers striker, Raul Jimenez.

Jimenez, a Mexican international has enjoyed great success since joining Wolves from Benfica, in 2019, scoring 22 times in 44 games.

However, acquiring the player would be a challenge, Wolves are in no rush to sell but could, like most clubs, be tempted to sell if a huge offer were made.

At 28-years-of-age, Jimenez is approaching the prime years of his career, whether a deal can be completed remains to be seen.

We can only sit back and wait and see if anything comes relating to this piece of transfer tittle-tattle.