Whether Manchester United decide to invest heavily in the January transfer window or are prepared to wait until the summer remains to be seen.

However, a remarkably interesting piece of speculation has emerged today, courtesy of The Mirror.

Our quoted source is of the opinion that the club are unsure about which future superstar to chase.

On many an occasion, here at Vital Manchester United, we have covered the clubs, apparent, interest, in the 20-year-old England winger, Jadon Sancho, with the following article being a prime example – manchester-united-identify-an-alternative-target-to-jadon-sancho.

However, it seems that the club also harbour ambitions, according to our referenced source, of signing another Borussia Dortmund player, their prolific Norwegian striker, Erling Braut Haaland.

Clearly, with such enormous expenditure, it is a case of one or the other, not both.

Which leads us onto the intriguing question:

Only Able To Sign One Which One Would It Be? 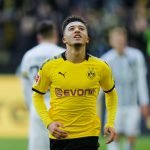 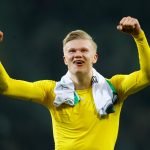 It is a difficult question, but my preference would be Haaland, how about you?