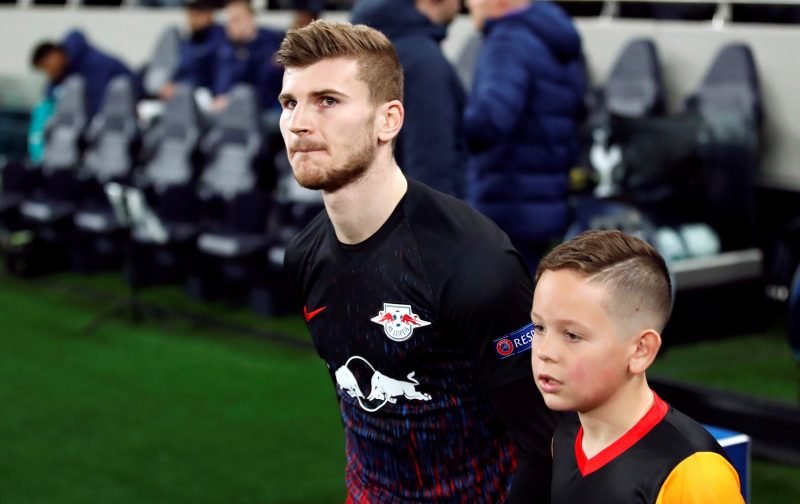 It’s not that often that a world-class striker comes onto the market.

Invariably when one does so, then the interest from other clubs is immense.

This summer, the vibes reaching the media are that the German international striker, Timo Werner, is keen to try his luck in the Premier League and prepared to leave RB Leipzig, something that is being covered, today, by The Daily Mail

At just 21-years-of-age, Werner has established himself as one of the best strikers in the Bundesliga, however, our referenced source reports that he troubled as to which Premier League club to join.

Seemingly, Liverpool, Manchester City and Manchester United are all interested in signing Werner, something that is causing the striker such angst.

To us, here at Vital Manchester United, it is a no-brainer as to who Werner should opt to join but that, we’d imagine, is down to those who undertake transfer discussions to convey to the player.